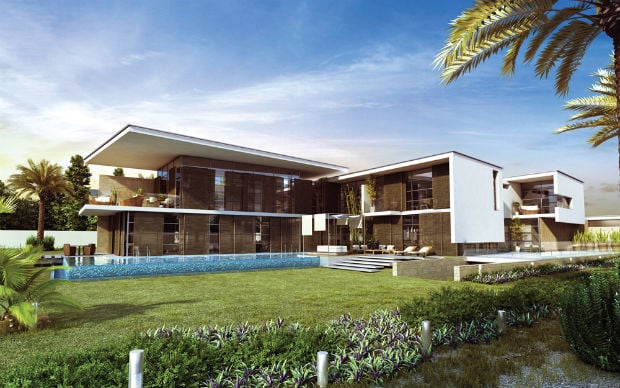 Dubai developer Damac announced on Tuesday that it has launched sales of the world’s first FENDI-styled villas.

The 34 villas are located in a private gated community that is a part of the 42 million square feet megaproject AKOYA by Damac.

Each unit, which varies in size from 7,900 square feet to 16,767 square feet, comes with interior designs and décor from the FENDI Casa range. The properties will be designed by FENDI’s specialist interior designers.

The FENDI styled properties will also have a prime location overlooking the Trump International Golf Club within the development.

“These exclusive, limited edition, FENDI villas are being designed with only the most stylish and demanding clientele in mind,” said Ziad El Chaar, managing director, Damac Properties.

“Given the limited number of villas available, combined with the response we have already seen since announcing this project, we expect these one-off, select designs to be very well received.”

Damac has also collaborated with FENDI on other projects in Saudi Arabia and Dubai Marina.

FENDI will provide interiors for more than 100 luxury serviced hotel apartments in Damac Esclusiva Luxury Serviced Apartments tower, which is situated in Riyadh.

The two companies are also partnering to work on private apartments in Damac Heights in Dubai.

Damac has also inked partnerships with other prominent companies such as the Trump Organisation, which is owned by the American property mogul Donald Trump.

The company is collaborating with Damac to build Trump Estates while working on other projects including a championship standard 18-hole golf course, clubhouse, spa, restaurant and a boutique hotel within the master development

Established in 2002, DAMAC has delivered almost 10,000 units to date and currently has a development portfolio of over 25,000 units at various stages of progress and planning as of March 31 2014.