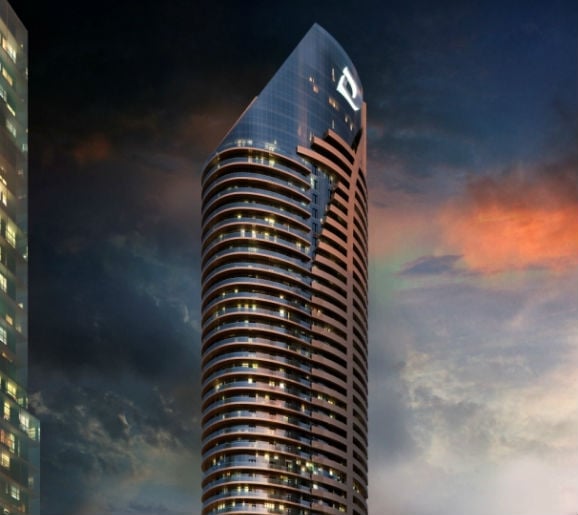 Damac Properties has launched its first major development since 2008, announcing 295 premium serviced hotel apartments in the Burj Area of Dubai.

The Distinction will be a 195 metre, 53-storey tower overlooking Downtown Dubai, with views of Dubai Mall, the world’s tallest building Burj Khalifa and its fountains.

The announcement follows an initial move by Emaar earlier this year when the developer announced its first mega-hotel project since the financial downturn, launching The Address The BLVD, also in the Downtown area.

Niall McLoughlin, senior vice president at Damac, said: “Luxury projects in prime locations are driving the UAE property resurgence and ‘The Distinction’ will provide the quality of finish and service expected at this end of the market.

“The serviced hotel apartments will offer the highest levels of customer service, luxury and opulence placing it among the premium products Damac Properties has on the market today.”

The announcement by Damac added that ‘The Distinction will serve to the very top top-end luxury sector of the emirate’s real estate market.’

The main contractor, ANC Contracting, has already started work on the project which is set for completion in the first quarter of 2015.

The luxury tower will be a mix of studios, one, two, three and four-bedroom penthouses.

According to the Reidin Residential Sales Indices, average prices increased by 14 per cent in the first nine months of the year on the back of improved market sentiment.

A recent report by CB Richard Ellis revealed the rental market is also seeing strong growth with yields up as much as 24 per cent in prime locations across Dubai.

“In Dubai there remains a strong desire for the very best, and this, combined with an improving economy and limited availability of high-end luxury developments, is driving the demand,” said McLoughlin.

“We are anticipating a high level of interest in The Distinction.”