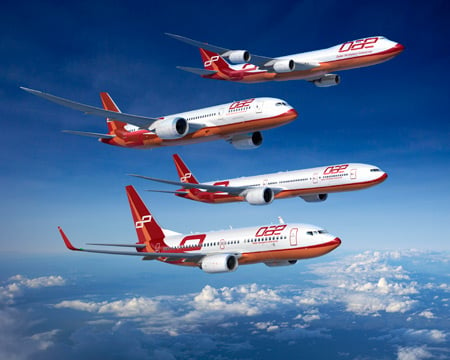 Boeing declined at customer request to identify which company cancelled the 767 order and which had booked the orders for two 747s.