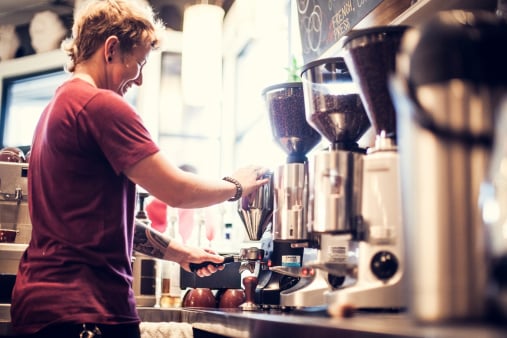 Dubai’s coffee shops have been rated as the most consumer friendly among the emirate’s retail units, according to a new index launched by Dubai’s Department of Economic Development (DED).

Hypermarkets were the second most consumer friendly in the emirate followed by apparel, electronics, furniture and car agency stores.

The aim of the rating process was to understand the level of compliance to the consumer rights stated in the Federal law No 24 of 2006 while attempting to gauge the consumer friendliness of Dubai’s retail units, DED said in a statement.

The consumer friendliness index is based on consumer opinions about individual outlets tracked over a period of nine months and has also taken into account the number of consumer complaints received by the DED. The retail units were also assessed on how fairly they price their products or services.

Opinions, along with complaints, from around 3,400 consumers were evaluated while the price parity was compared in regular intervals such as monthly, bi-monthly, quarterly or half-yearly, the DED said.

“We wanted the rating to primarily focus on consumer experience,” said Omar Bushahab, chief executive officer of the Commercial Compliance and Consumer Protection (CCCP) sector in the DED.

“In a net score of 100, consumer opinion fetched the highest share of 60 per cent while the consumer complaints factor and fair pricing were given 20 per cent each.”

He added that classifying retail outlets on the basis of consumer friendliness will help improve service excellence and competitiveness in the emirate’s retail sector while building awareness about consumer rights.

According to the DED, all coffee shops scored strongly in the complaints resolution criteria while consumer opinion also ranked high.

Hypermarkets were even in prices and consumer ratings but showed a huge difference in the complaints resolution category with some scoring full points with others scoring low.

Apparels and furniture stores sported a wide gap in prices but showed full compliance to consumer rights and complaint resolution.

“The retail sector being a major driver of economic development in Dubai this sector should reflect a high level of service quality and transparency that Dubai promotes as the hallmarks of its competitiveness,” said Bushahab.

DED will also honour retail outlets that have won outstanding customer opinions in a ceremony, the agency said.