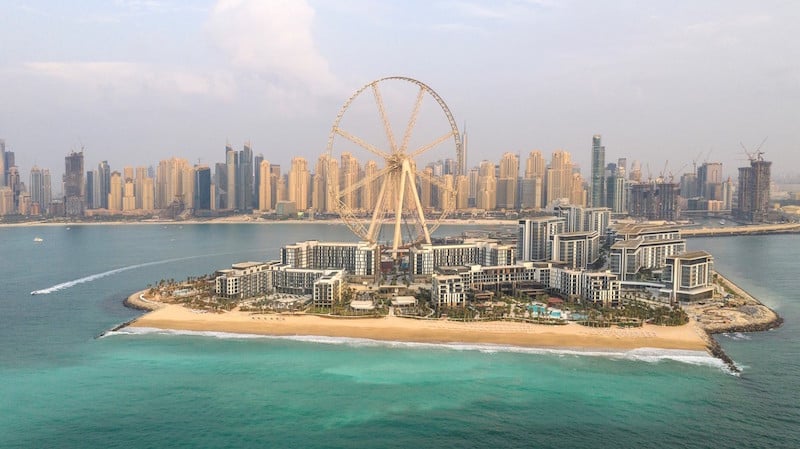 It is connected to the mainland via a network of roads, including a direct link to Sheikh Zayed Road, pedestrian access from The Beach opposite JBR and water transport by Dubai’s Roads and Transport Authority (RTA), a statement said.

Ain Dubai, at 250 metres, forms the centrepiece of Bluewaters and will carry up to 1,400 passengers at a time in its 48 double-glazed capsules, offering 360-degree views of Dubai.

Each leg of the observation wheel stands at a height of 126 metres and is long enough to fit 15 London buses.

Meanwhile Bluewaters’ lifestyle retail area, The Wharf, features 132 retail and dining outlets in low-rise structures. Food and beverage include licenced fine-dining concepts at the waterfront, eateries, cafés, restaurants and bistros. More concepts and stores will be opening gradually over the coming couple of months, Meraas said.

The Wharf is bordered by Central Avenue, North Walk and Wharf Avenue.

A 265-metre pedestrian bridge, The Wharf Link, connects this area to the beach on the coast of mainland Dubai. Bluewaters wharf station, with over 2,000 parking bays, will serve as a dock for water transport. 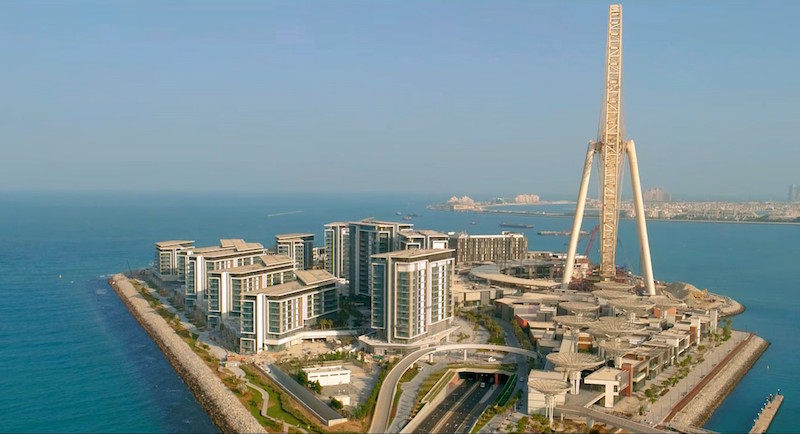 With the initial wave of handovers set for December 2018, the island expects its first residents by Q1 2019, the statement said. 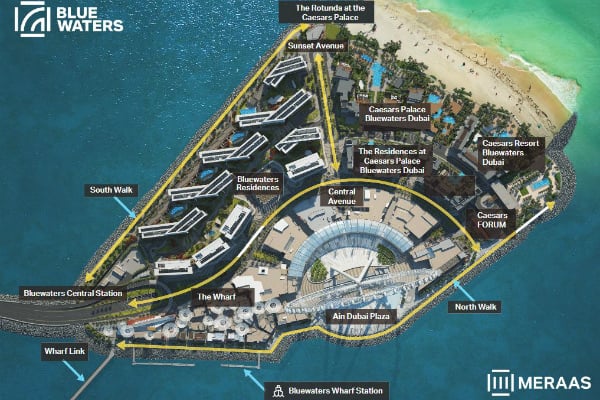 In 2015, Jumeirah had announced plans to open its first Venu-branded hotel in Bluewaters, with close to 300 hotel rooms and 119 serviced apartments. However there appears to be no immediate plan for any more hotels on the island at present.

Abdulla Al Habbai, group chairman of Meraas, said: “We are set to achieve many engineering feats at Bluewaters and are delivering a destination which will establish a new benchmark for modern design.”