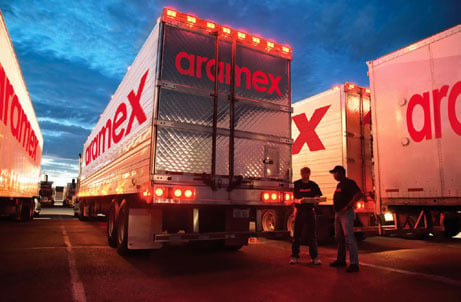 Aramex plans to target more acquisitions in Asia and Africa, the logistics firm said on Monday, and reported a 15-per cent rise in quarterly profits.

Dubai-based Aramex maintained a cautious outlook for the year due to ongoing unrest in the Middle East, its core market.

The firm said it made fourth-quarter net profit of Dhs65.7 million ($17.9 million) for the three months to Dec. 31, up from Dhs57.2 million in the prior-year period.

The courier company, a favourite of regional fund managers, was forced to suspend operations in Egypt during the Arab Spring uprising in 2011. It also operates in other unrest hit countries like Libya and Syria.

It has been expanding in the Middle East and Africa and bought South Africa’s Berco Express as well as Kenya’s Oneworld Courier and In-Time Couriers last year.

“We will be looking at opportunities for acquisitions and joint ventures in our key target regions of Africa, Central Asia, and Asia,” CEO Hussein Hachem, who took over daily operations from Aramex founder Fadi Ghandour last year, said in a statement.

Hachem said Aramex wants to capitalise on growing south-south trade by linking emerging markets in Asia with the Middle East and sub-Saharan Africa.