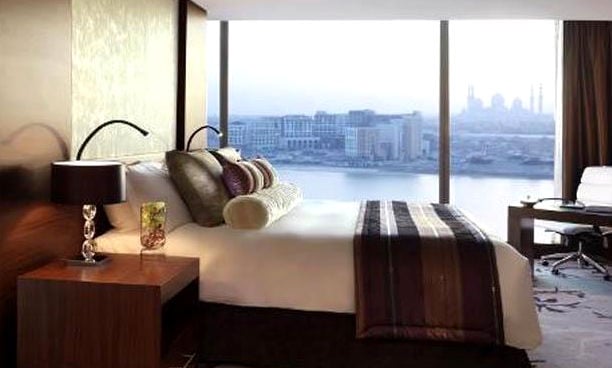 Dubai’s Arabtec Holding has won a contract worth more than Dhs1 billion ($272.3 million) to construct a Fairmont-branded hotel in Abu Dhabi, the firm’s latest win in the oil-rich emirate where its top shareholder is based.

The contract, awarded by Abu Dhabi-based National Investment Corporation, covers building the hotel as well as maintaining the development and its electro-mechanical works for one and two years respectively, the statement said.

Arabtec, in which Abu Dhabi investment fund Aabar Investments raised its stake last year to become its biggest shareholder, has been increasingly active in the UAE capital.

It won a $653 million contract to build a branch of France’s Louvre museum in January, while Arabtec was part of the consortium awarded a Dhs10.8 billion contract from the Abu Dhabi government in June to build a mid-field terminal at the cash-rich emirate’s airport.

The project, which will take 30 months to complete, will see the construction of a 39-storey tower, composed of 563 rooms and 249 serviced apartments.

National Investments Corp, which is chaired by Sheikh Sultan Bin Khalifa Al Nahyan, advisor to the UAE President, was established in 1999 to develop the breakwater area of Abu Dhabi.

Arabtec’s shares ended Monday flat against a 0.5 per cent decline on the wider Dubai bourse. The news was announced as the market closed.