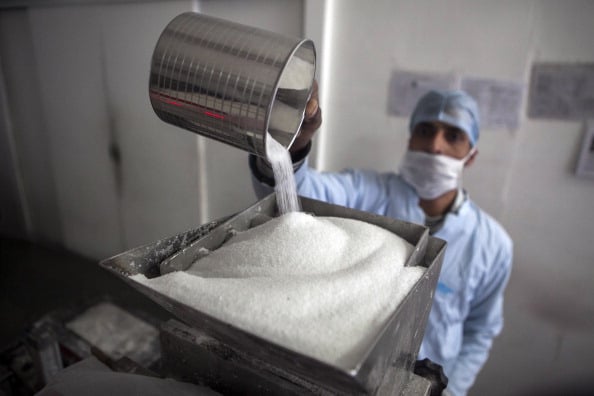 Dubai’s Al Khaleej Sugar, the world’s largest port-based refinery, said on Sunday it had re-started operations on Thursday after a shut down since mid-December on account of weak demand in white sugar export markets.

“For most independent refiners, 2018 was not a happy year,” Jamal al-Ghurair, managing director of Al Khaleej said at a press briefing a day ahead of an annual gathering of the global sugar industry, the Dubai Sugar Conference.

The refinery will continue operating depending on the off-take, he said, adding that sugar market scenarios for 2019 were not clear.

India’s presence in the sugar export market is putting pressure on other exporters despite the fact that European Union sales will shrink in 2019.

“The EU was putting pressure on the white side … they will have little to export but Indian sugar is coming into the market,” Ghurair said, adding that India’s presence made it difficult to get regional premiums.

With 600,000 tonnes of sugar exports shipped from India and 400,000 tonnes in transit since October, the market was already in trouble, he said.

Ghurair did not give a figure for Al Khaleej’s 2018 production but said it was less than what was expected at the beginning of the year.

Saudi Arabia remains one of the biggest export markets for the refinery. Still, two refiners are coming onstream towards the end of this year or next in the kingdom.

“They won’t be competitive because they have no advantage over the existing structure,” Ghurair said.

“The question to ask is: do they have operational advantage?” he said.

Export markets in Africa were also looking dim as most countries had overbought in 2018 with estimates indicating they are six months ahead in their buying.

“There is also no cash in those markets,” Ghurair said.

Plans for a sugar beet plant in Egypt, Al Canal Sugar, are on track for production to start in 2021, and construction is underway, Ghurair said.

Once online, the plant is expected to produce 800,000 tonnes of sugar annually, about half of Egypt’s import needs.