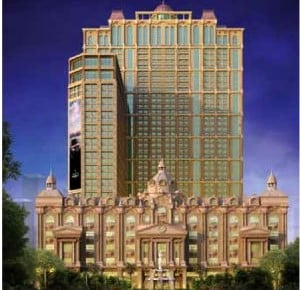 Al Habtoor Group, a family-owned Dubai conglomerate, is looking to raise as much as $1.6 billion in an initial public offering on the Nasdaq Dubai bourse next year, it said on Sunday.

The company, whose portfolio spans hospitality, construction, education and automotives, plans to issue new shares worth 25 per cent of its capital as part of the listing.

It has hired Grant Thornton as financial advisor for the planned IPO, Khalaf Al Habtoor, chairman of the group told Reuters.

The Dubai-based company is one of the UAE’s biggest family businesses and a potential stock market float from the group is seen as a boost to local equity markets which has struggled to attract new companies post the global financial crisis.

Al Habtoor, which also has a 27.5 per cent stake in a joint-venture construction firm with Australia’s Leighton Group, said they would issue 25 per cent additional shares that would help raise between 5 billion to 6 billion dirhams ($1.6 billion).

Its venture with Leighton will not be part of the IPO as the company is a minority shareholder in the partnership.

The family firm plans to use proceeds from the listing to expand its businesses and acquire other properties globally.

Earlier this year, Al Habtoor unveiled plans to develop a new $1.3 billion hotel and entertainment complex in Dubai, despite a property collapse that has seen prices plunge from a 2008 peak.