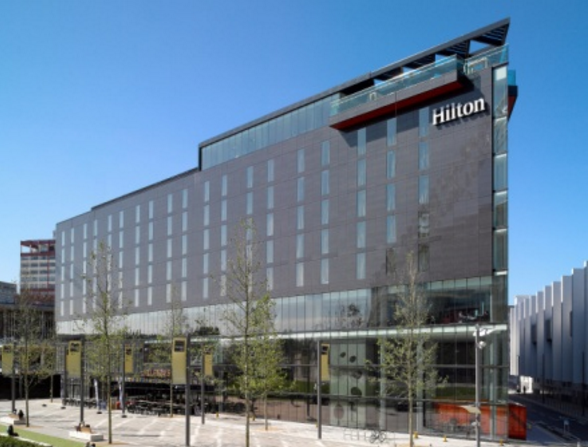 Dubai-based Al Habtoor Group has acquired the Hilton London Wembley in the United Kingdom as part of a major international push.

Located close to the Wembley Stadium, the hotel features 361 rooms and suites, an indoor swimming pool and a fitness centre with sauna and steam rooms.

Food and beverage outlets include the Icons Bar, Grill & Terrace, The Associations Restaurant – which serves British cuisine – and the Sky Bar 9.

Chairman Khalaf Ahmad Al Habtoor said: “I am delighted with the addition of the Hilton London Wembley. I have been looking at the London market for some time. The hotel is in an ideal location.”

No investment details were revealed.

The group has two Hilton-branded hotels in Lebanon and one in the United States– President Abraham Lincoln Springfield, a DoubleTree by Hilton Hotel.

The Al Habtoor Group has been expanding its hospitality portfolio both internationally and locally over the past few years.

The company is also developing a large-scale project in Dubailand – The Al Habtoor Polo Resort & Club, which will see a St. Regis as the centrepiece. It is also in the process of developing a new Metropolitan Hotel on Sheikh Zayed Road.

In December 2015, Al Habtoor said he had allocated Dhs 2bn for overseas investments in 2016. The chairman has also revealed plans to enter the Egypt market.