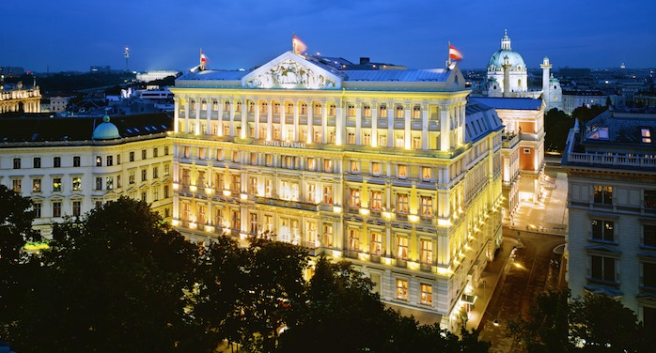 Dubai-based conglomerate Al Habtoor Group has acquired another luxury hotel in Europe as part of plans to boost its overseas portfolio.

Hotel Imperial will continue to be operated by Starwood under a new long-term management agreement.

The latest acquisition brings the total number of international hotels within the investment arm of the Al Habtoor Group to seven.

Al Habtoor said: “I am delighted to add such a historic hotel to our international hospitality portfolio. The hotel is one of the city’s most renowned pieces of architecture.”

Built in 1863 as Prince Philipp of Württemberg’s Viennese residence, Hotel Imperial was converted into a hotel to accommodate visitors of the 1873 World’s Fair.

Located in Ringstrasse (Ring Boulevard) in the city’s centre, the luxury hotel is right next to the Musikverein concert hall.

The seven-storey property consists of 138 rooms, including 59 suites. It has three food and beverage outlets including the 105 seat Café Imperial Wien, the Opus Restaurant and the 1873 Halle&Salon Bar.

It also features five hotel meeting rooms and conferences salons and a gym with sauna.

“Hotel Imperial is one of Europe’s most extraordinary luxury hotels and a premium addition to our growing global portfolio. We look forward to making further improvements to this legendary property,” said Al Habtoor.

President of Starwood for Europe, Africa and Middle East Michael Wale said: “We are delighted to extend our relationship with the Al Habtoor Group, with whom we are launching Starwood’s largest hospitality project in the Middle East this year.

“Hotel Imperial was one of the first Luxury Collection hotels and its full restoration together with our partners will reinforce the majestic heritage of this historic hotel.”

Al Habtoor Investment recently acquired its first hotel in London with the purchase of the Hilton London Wembley. It also has two Hilton-branded hotels in Lebanon, one in the United States and two five-star hotels in Hungary.

In December 2015, Al Habtoor said he had allocated Dhs 2bn for overseas investments in 2016.