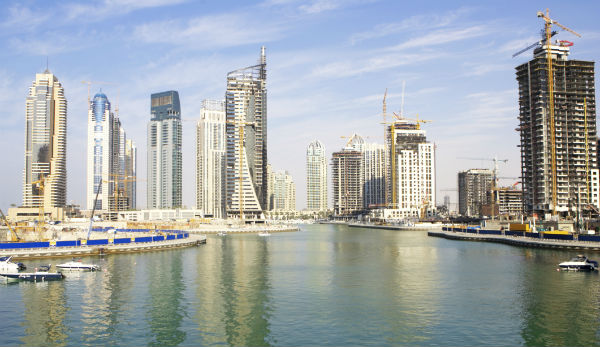 Dubai World, the state-linked entity whose massive debts brought the emirate to the brink of collapse in 2009, faces the first repayment in its restructuring deal in three years time and creditors are once again growing restless.

With none of the promised asset sales materializing – Dubai needs to raise $4.4 billion to meet the first obligations in the five and eight-year debt repayment deal – worries are emerging another drawn-out restructuring is inevitable.

“When we speak to the government, they say there is no rush and it shows everything is under control. However, as a banker, I’m worried as I don’t know where the money is coming from,” said one senior banker at an international lender owed money by Dubai World, speaking on condition of anonymity due to the sensitivity of the subject.

Another senior Dubai-based banker said: “Most of the repayment is contingent on asset sales, so if they are not going well, then it will be hard to repay these debts at par.”

Such concerns contrast with an apparent return of Dubai’s swagger.

The emirate is once again dreaming big with plans for a city centre canal and a $1 billion replica of India’s Taj Mahal. And some argue Dubai World will be able to meet the $4.4 billion first payment due in 2015.

“It’s been restructured and it’s working well in the sense of how it was intended to over the last couple of years,” said Rick Pudner, chief executive of Dubai’s largest lender, Emirates NBD, which is 56 per cent owned by the government and has one of the largest exposures to Dubai World.

“I’m very comfortable that Dubai will be in a position to meet its obligations,” Pudner said during the Reuters Middle East Investment Summit.

However, signs of concern over Dubai’s debt burden are starting to surface.

Standard Chartered, another major Dubai World creditor, said in a November 7 note that while a rebound in key sectors would help it meet obligations, Dubai entities have nearly $50 billion of liabilities between 2014 and 2016 and “given the lack of major asset sales or haircuts, there has been little progress on the deleveraging front.”

In the Dubai World restructuring proposed to banks in July 2010, the firm said it needed time for assets to recover in value. Immediate sales would yield between $6.4 and $10.4 billion, but a delayed timeframe would give a return of between $15.1 and $19.4 billion, it said.

Under this plan, signed in March 2011, it was envisaged that between $1.3 and $2.3 billion would be raised between 2010 and 2012 through the disposal of P&O Ferries and warehouse developer Gazeley.

Another $3.9 to $5.3 billion could be raised during 2013-2015 as holdings such as department stores Barneys and Loehmann’s and MGM Resorts International were offloaded, the document said.

Dubai World lost control of Barneys in May 2012 as part of a restructuring at the U.S.-based luxury retailer, while Loehmann’s exited bankruptcy in March 2011.

However, the continued depression in valuations in a global economy not conducive to divestments has meant values have not recovered and asset sales have not been completed as planned.

For some assets, Dubai World admitted it would be unable to get back its original investment, having acquired at the top of the market. It bought its MGM Resorts stake at an average of $83.15 a share; the stock closed at $9.64 on Tuesday.

The lack of action to divest the foreign portfolio is understandable in the current environment but, given the restructuring plan was based upon it, some bankers are concerned.

“The main issue is the depressed value of the international portfolio. Local assets are flourishing and doing great business but we haven’t seen any credible asset sales so far which can help reduce the debt burden,” the senior Dubai banker said.

“The most likely situation we see is Dubai going to the banks and again saying they have no money to repay the debt.”

Granted, there are some encouraging signs in terms of borrowing conditions overall. Both the sovereign and government-related entities (GREs) have been able to access the bond market – Dubai last issued a $1.25 billion Islamic bond in April.

Dubai has been helped by the successful refinancing this year of Islamic bonds issued by DIFC Investments and Jebel Ali Free Zone Authority and the conclusion of restructurings at Drydocks World and Limitless.

“You need to look at the global situation and then look at Dubai. We are more committed to meeting our debt obligations than many others around the globe,” said Khamis Jumaa Buamim, chairman of Dubai Drydocks, which completed a $2.2 billion restructuring earlier this year.

Yet signs of “debt fatigue” among lenders are also beginning to show, with the court action begun by three international banks against Dubai Group in September, following nearly two years of talks on amending $10 billion of liabilities, an example of a more aggressive approach in relation to Dubai.

If the fears of senior bankers about a lack of divestments come to fruition and Dubai World requires a second restructuring, it is likely other options than just extending the debt will be on the table.

One banker involved in the original restructuring said he expects lenders to be offered a debt-for-equity style deal, with some of Dubai World’s assets placed in a special purpose vehicle and creditors given a stake in the entity.

Such a plan would allow the value of assets to continue to recover and avoid a messy firesale in the months before the repayment date, as well as solving the potentially tricky problem of Dubai ceding any political control in one of its main state investment vehicles if banks try to enforce a default in court.