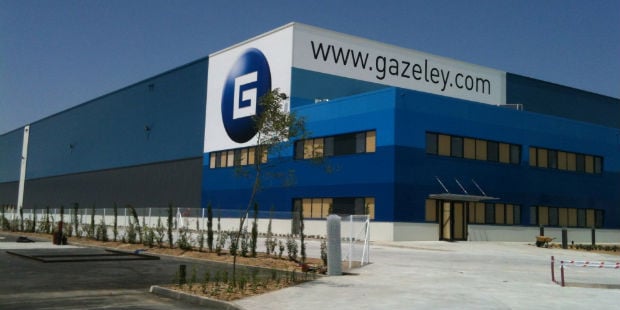 Dubai World, the state-linked group whose $25 billion of debt brought the emirate to the brink of financial collapse in 2009, has sold one of its UK assets as part of its efforts to repay creditors.

It did not disclose the value of the transaction.

The sale is the first major divestments of a foreign asset by Dubai World since it agreed on a debt deal with creditors in 2011. The restructuring agreement promised full repayment to creditors through a series of disposals of overseas assets bought at peak prices in 2006-07.

Gazeley is one of four businesses held by EZW, which operates technology, logistics and industrial parks as well as the Jebel Ali Free Zone (JAFZA), a business district, under the Dubai World Group umbrella. Its portfolio includes 524,000 square metre of assets and land bank of 1.3 million square metres.

Proceeds from the sale of Gazeley are expected to go towards the repayment of a $1.2 billion loan secured by associate firm JAFZA in June last year.

EZW had pledged up to $300 million for JAFZA from the proceeds raised by the Gazeley sale, and should the sale be completed, funds will be used to part-repay the bank facility, a company prospectus stated.

The logistics warehouses firm was set aside for sale in 2012 as part of Dubai World’s restructuring deal. Gazeley had hired Citigroup Inc for the sale in 2011, banking sources told Reuters at the time.

“This particular asset was earmarked for sale and it’s a positive indication that they have disposed it,” said a senior Dubai-based banking source whose firm has exposure to Dubai debt.

“The big elephant in the room is still Dubai World and we would like to see more such deals coming out of them in the near future. There is a willingness to do it more than before and (the) general improvement in market conditions should help going forward.”

Dubai World bought Gazeley from Wal-Mart Stores in 2008 for an estimated 300 to 400 million pounds ($459-$611 million). A fall in asset prices since then means the sale to Brookfield may have occurred at a lower price.

Brookfield Property said the acquisition was made along with its institutional partners through a fund managed by an affiliate of Brookfield Asset. It will own 30 per cent of Gazeley post the acquisition.

Brookfield was the first large international fund to target Dubai’s real estate, when it announced plans to launch a $1 billion fund with state-controlled Investment Corporation of Dubai (ICD) in 2011. The firm, along with ICD planned to buy up distressed assets in the emirate.