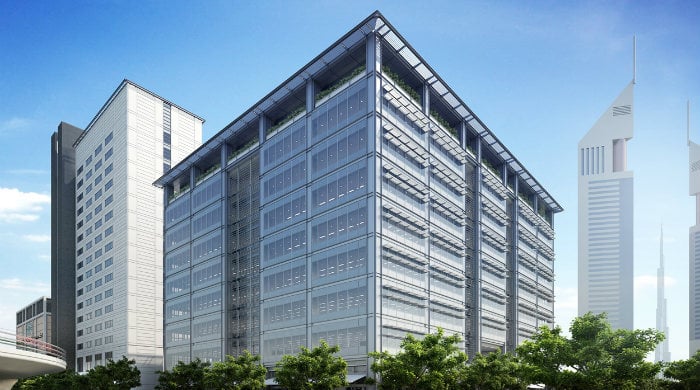 The contract is worth approximately Dhs375 million, DWTC said in a statement.

The first phase of the new project, located between the Dubai International Convention and Exhibition Centre and Emirates Towers, includes an eight-storey office building and a 588-room business tourism hotel.

An operator for the hotel will also be announced in the coming weeks, said DWTC.

DTCD, first announced in 2008 and scheduled for completion in 2011, was put on hold following Dubai’s property market crash.

The mega-development received approval to recommence construction of the first phase last year, with the remainder of the site subject to a remasterplanning process.

“The District development will offer a premium destination that will serve as a networking and commercial hub for the international business community,” said Helal Saeed Almarri, director general, Department of Tourism and Commerce Marketing and CEO, Dubai World Trade Centre.

It will “deliver an extremely inter-connected and seamless experience for tenants, residents and visitors,” he said. “The technology solutions and infrastructure being planned as we roll out additional phases of our masterplan will highlight alignment of these initiatives with the Dubai Government’s Smart City strategic agenda,” he added.

Dubai’s property market has been rebounding strongly since 2013, with high occupancy levels recorded at the Commercial Business District (CBD) — the area between Sheikh Rashid Tower and Burj Khalifa.

According to developers, around 1.4 million sqm of additional office space could enter the market by 2016, JLL said in a recent report.