Dubai welcomes over 8.3 million tourists in the first half of the year - Gulf Business 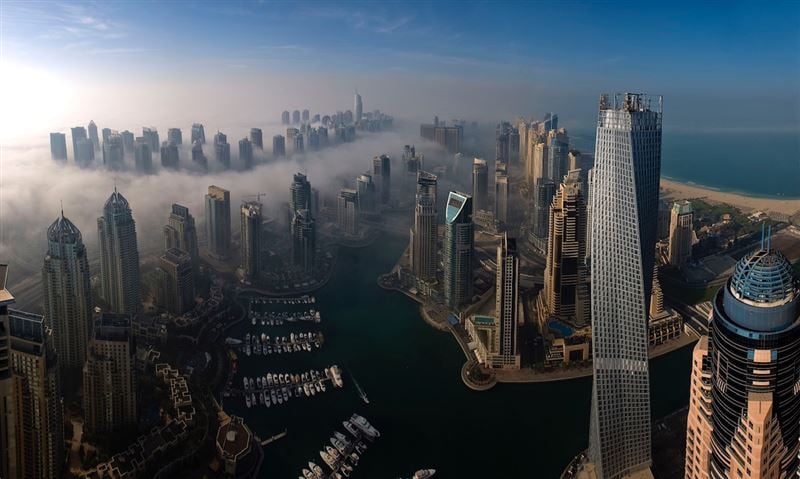 The number of tourists coming to Dubai is continuing to increase, according to newly-released statistics.

The latest data released by Dubai’s Department of Tourism and Commerce Marketing (Dubai Tourism) shows a three per cent increase in visitors coming to the emirate in the first six months of 2019 compared to the same period last year.

The top source market was India, with about 997,000 visitors, despite the “severe air traffic and seat capacity challenges due to geopolitical volatilities”, Dubai Tourism said.

Dubai continued to drive booking interest from Indians on a mass scale “largely due to high-impact delivery of segment and season-specific campaigns across the most accessible Tier-1 and Tier-2 cities”.

The United Kingdom was third at 586,000, “beating all odds against a significantly devalued British Pound (vs. US dollar), amidst growing political and economic turbulences surrounding Brexit”, the report said. 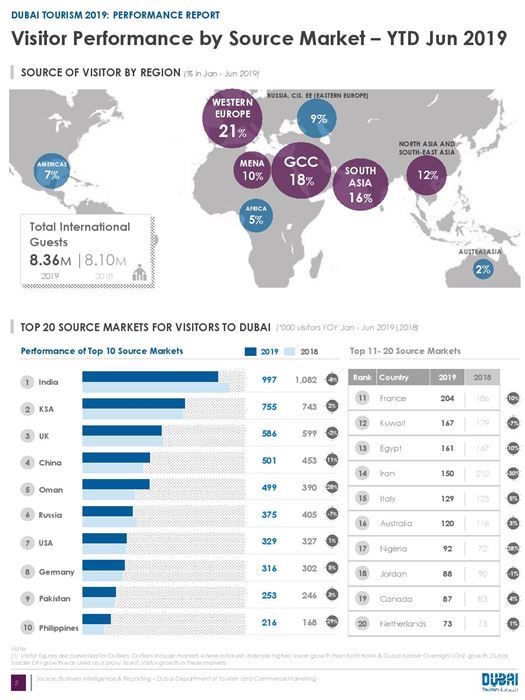 Helal Saeed Almarri, director general of Dubai Tourism, said: “Designed to counter unforeseen macro-economic variables faced by the global travel ecosystem and mitigate impediments associated with over-reliance on any one market or region, we have been long-standing proponents of a globally diversified market strategy – which continues to support our resilience as a sector.

“Tourism is one of the cornerstones of Dubai’s diversified economic growth, and we measure success based on our ability to aggressively advance towards our goal to be the number one most visited and most preferred city.

He added: “Our first half results are a particularly encouraging reflection of our progress towards this ambition and underline the effectiveness of our diversified market outreach with holistic ‘awareness to booking’ cycle content amplification and audience delivery, through a deeply networked ecosystem of global partners, industry stakeholders and government enablers.”