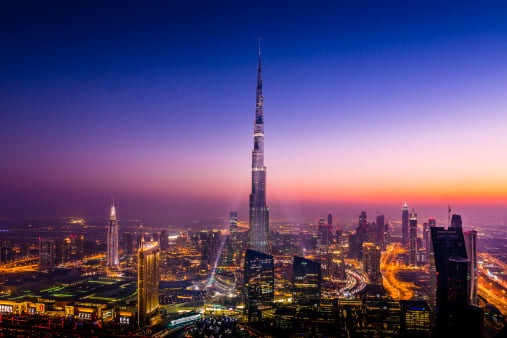 Dubai welcomed a total of 13.2 million visitors in 2014, up 8.2 per cent from 2013, according to a new report issued by Dubai Tourism and Commerce Marketing (DTCM) at the ongoing exhibition Arabian Travel Market.

Unlike previous reports, which calculated visitor numbers based on the number of guests checked in at hotels, the figure is a measure of all international visitors who have travelled to Dubai and stayed for a night.

It also takes into account those guests who lodged with their relatives or families in the emirate or onboard cruise ships, DTCM said.

According to the report, Dubai saw a 10 per cent growth in business tourists last year while maintaining healthy numbers in family tourism.

The growth in visitor numbers in 2014 was also higher than the global average of 7.4 per cent.

DTCM noted that all of Dubai’s top 10 source markets for tourists grew by eight per cent while there was a double digit growth among emerging travel source countries such as China, Brazil and Nigeria.

“Dubai has strategically sought to ensure a fragmented source market approach, mitigating risks associated with over reliance on any specific region or geography,” said Helal Saeed Almarri, director-general of DTCM.

“Fifty-five per cent of last year’s visitors came from our top 10 source markets, the majority of which saw sustained growth, and there was healthy acceleration in many emerging feeder geographies.

“We will continue to work with our partners to further diversify our markets and leverage opportunities for growth, with one example being maximising the potential of Eastern European markets, from which we have already seen a positive result from the easing of visa regulations in March last year and the subsequent flight launches to the region by Emirates and flydubai towards the end of 2014.”

The report also attributed the steady growth in visitors to the increased accessibility through flexible visa policies and easier connectivity.