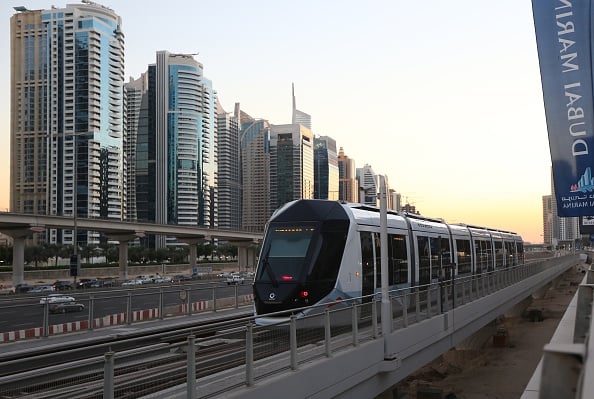 Dubai Tram services have resumed after the link between the Dubai Marina and Palm Jumeirah stations was suspended on Wednesday morning due to a vehicle collision.

Dubai’s Roads and Transport Authority (RTA) confirmed on Twitter that the tram service between the two areas had been suspended for about an hour after a vehicle crashed into the side of a tram’s coach.

The RTA deployed public buses to commute tram riders between the stations impacted by the service disruption.

Services resumed after the RTA’s technical team managed to remove the vehicle from the tramway.

RTA thanks the tram users for their cooperation with staff on-board the tram carriages and others at stations and calls upon motorists to comply with the traffic guidelines and the fixed speed limits, urging them to take extra caution when approaching tram junctions.

Dubai has very stringent regulations for motorists with regards to the Dubai Tram.

Jumping the red light at the tramway intersection and causing a traffic accident will lead to fines of between Dhs15,000 to Dhs30,000, along with the suspension of the driver’s licence.