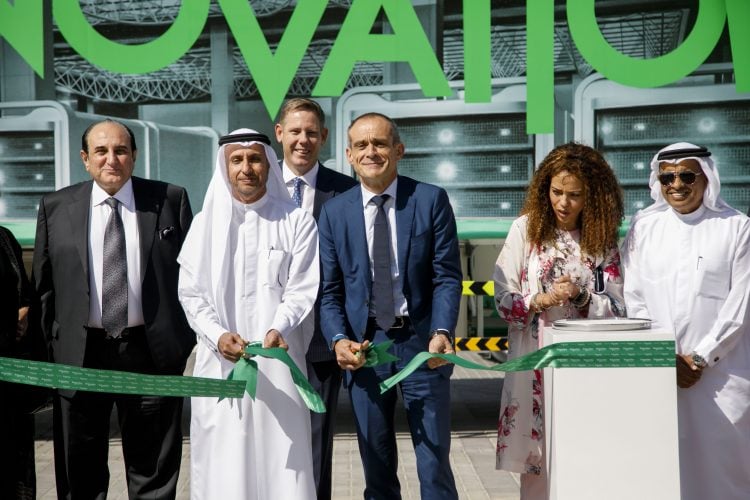 The CEO of one of the world’s leading technology companies has hailed Dubai’s development ambitions, claiming it is “part of the top five cities that are the most attractive from an international point of view”.

Jean-Pascal Tricoire, CEO of global energy management and automation firm Schneider Electric added that “this is a badge of honour that you have to fight every day to maintain,” while praising the emirate’s smart city ambitions and can-do attitude.

“We live up to our word when we say that this world is global, and the cities of tomorrow are first built into new economies,” he told Gulf Business.

“Here [Dubai], there is a strong sense of direction. People are not afraid of change, and there are not as many silos and legacies as in other geographies.

“Dubai is one of the reference cities in the world for everything construction, for development of new industrial and innovative initiatives. It’s one of the places where the most ambitious buildings on critical infrastructure are built today.

“It’s also one of our four hubs in the world, where we feel comfortable to co-develop new applications.”

Tricoire was in Dubai to inaugurate Schneider’s new ‘Innovation Hub on Wheels’, a mobile unit that will showcase its next-generation EcoStruxure architecture and platform around the Gulf. 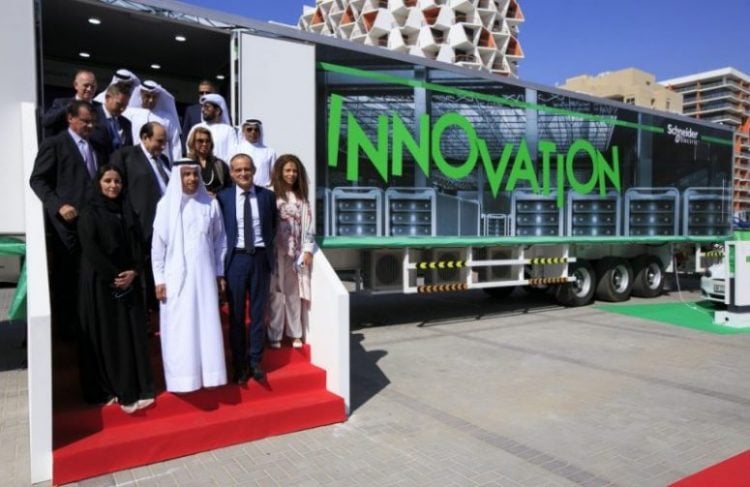 The portable Innovation Hub will digitally demonstrate to partners across the GCC the capabilities and value of the EcoStruxure architecture, using 17 case studies from six user-domains. Schneider hope to train some 150 partners, amounting to around 600 individuals.

Launched in 2016, EcoStruxure leverages advances in IoT, mobility, sensing, cloud analytics and cybersecurity to deliver innovation to users at every level. 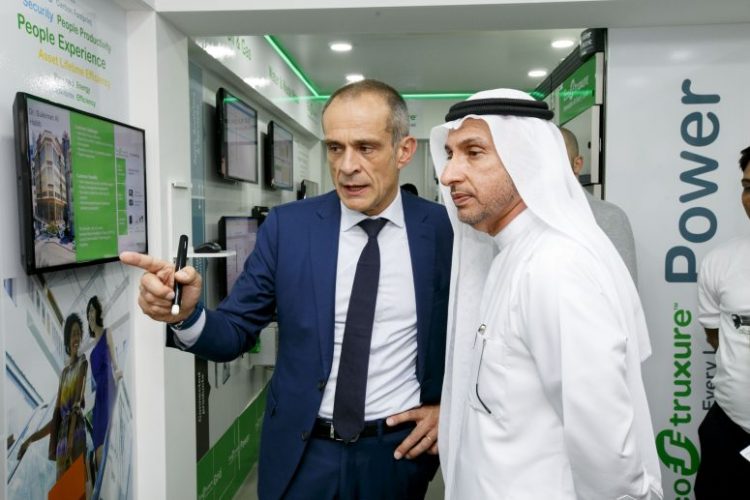 Speaking exclusively to Gulf Business after the ribbon-cutting ceremony, the CEO explained: “The fact is that today people have no time to go to another place and get the training, so it’s simple. This is a truck. The truck comes to you and you get the training, and then people can express their feedback.

He also emphasised the role Dubai has played, and will continue to play, in the company’s future.

“It’s a place where Schneider has had 30 years of consistent, persistent investment in people, in competencies, on an ecosystem of partners, on integrators, on relationships with the authorities,” he said.

“So we feel good. It’s one of the places we feel good to deploy existing solutions, but also to test – to experiment.”