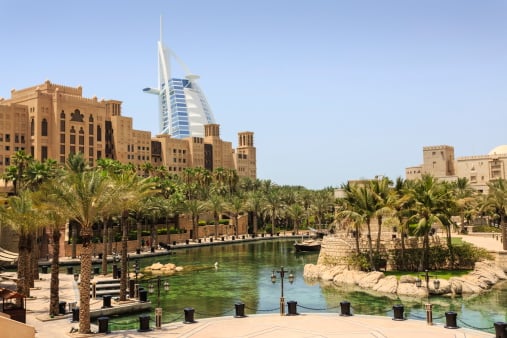 Dubai will enter the top 10 global cities in terms of hotel room supply when its reaches a 100,000-room milestone next month.

The emirate’s Department of Tourism and Commerce Marketing said it expects occupied room nights in hotels and hotel apartments to increase 11 to 12 per cent annually over the next three years to reach 36.9 million.

Room supply is expected to hit 138,000 rooms by the end of 2018 and occupancy is forecast at 77 per cent despite capacity growth, the organisation predicts.

In the first quarter, Dubai’s hotels saw occupancy, revenue per available room and average daily rates of 85 per cent, Dhs 520 and Dhs 609 respectively.

The organisation said it expected the overall length of stay in the emirate to reach four days by 2018 due to growth in international visitors and new attractions including major theme parks, the Dubai Opera House and Dubai Historical District and its retail.

An increase in overnight visitors is also expected to increase as air links, through Emirates and flydubai, improve.

In terms of classification, Dubai Tourism said it expected 16.8 per cent and 14.4 per cent annual growth in three- and four- star properties respectively. Growth for five-star properties is forecast to be slower at 11.6 per cent.

“The implementation of incentive programmes was to grow three- and four-star developments and not to stall growth of five-star properties, to ensure we maintain a healthy mix and remain appealing to segments that seek value-based offerings and will yet contribute significantly to Dubai’s GDP though in-city spending, as well as to larger groups staying for significantly longer periods,” said Almarri.

The emirate has set a goal to attract 20 million tourists by 2020.