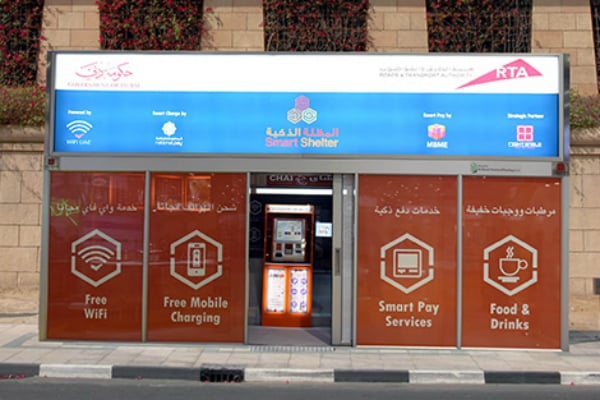 Dubai’s Roads and Transport Authority (RTA) has announced the construction of 58 new air-conditioned bus shelters and the testing of solar powered variants.

The director general and chairman of the RTA, Mattar Al Tayer, said work on 48 air conditioned bus shelters had already begun, with 10 more to follow, bringing the total to 884 across the city.

He also unveiled plans for a trial involving two shelters that will use solar energy to operate lights, air-conditioners and billboards.

“The Air-Conditioned Bus Shelters Project is part of RTA’s continuous efforts to enhance excellence and leadership drive through undertaking flagship projects in Dubai. It is also part of a master plan for improving public transport, and providing smooth services to bus riders, especially during the blazing summer,” Al Tayer said.

“Bus shelters in Dubai are used by 1.208 million riders every month, and customers’ surveys indicate that air-conditioned shelters have a very high customer satisfaction rate”.

Over the coming months, the RTA will start the construction of 10 air-conditioned shelters in different parts of the city. These will feature heat, humidity and dust resistant paint along with eight seats, with an overall capacity of 13-16 people.

The solar trial is hoped to enable shelters to be positioned in places with no electric power supply.