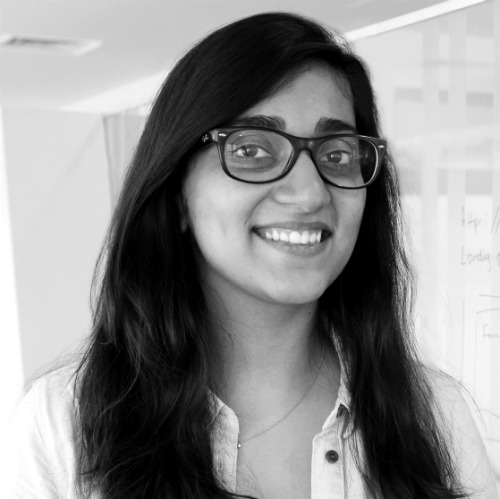 Doesn’t it seem like everyone in the UAE is a self-proclaimed expert in real estate? This is especially evident when you are in the process of house-hunting and looking for advice. Real estate agents, particularly, love to throw around weightless claims about the market conditions of real estate developments across Dubai. Some claims may even be true, but they’re almost never supported with hard numbers or statistics that we as consumers and investors can verify.

Moving is tough, and while professionals say, “Many people are moving into the area so you should put down the deposit before the property is snatched up,” that statement needs to be backed up by hard evidence.

Data collected on MoveSouq.com between October 2013 and March 2014 showed that 67 per cent of all moving activity in Dubai, occurs in only 15 areas across the whole emirate with Dubai Marina, Jumeirah Lakes Towers, Downtown Dubai, and Jumeirah Village in the top slots of the list.

So what does this mean for tenants?

Contrary to what we may all believe, the more established areas of Dubai Marina, Jumeirah Lakes Towers, Discovery Gardens and Gardens, and Business Bay are experiencing a higher outflow of residents than inflow. Therefore, instead of expecting higher rent prices, we should expect to see more stability in these areas due to the information found in the analysis.

Dubai Marina, however, is a very interesting area to follow since a whopping 14 per cent of people have moved out of the high-rise apartments, yet the area still managed to attract an eight per cent move-in rate, which is the highest rate experienced by any area in Dubai. There clearly is a high demand to live in the area, and it will be even more interesting to see how the rent prices are affected when the Dubai Tram fires up next year. Dubai Marina tenants need to stay prepared for what may happen as it is difficult to predict the moving trend for the near future. 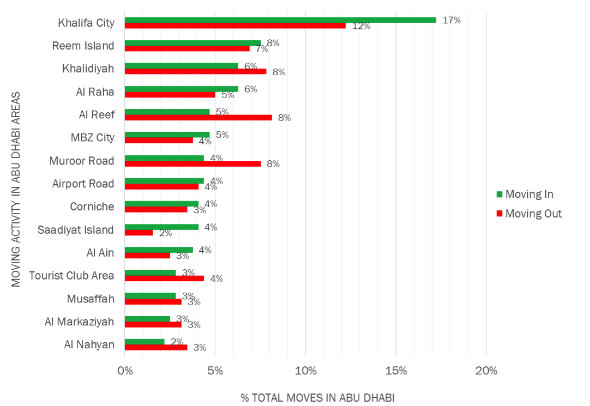 Abu Dhabi saw trends similar to Dubai as well, with 66 per cent of all activity concentrated in only 15 areas with Khalifa City, Reem Island, and Khalidiyah areas making up more than 25 per cent of activity. Khalifa City, particularly, is seeing a 17 per cent rate of people moving in. 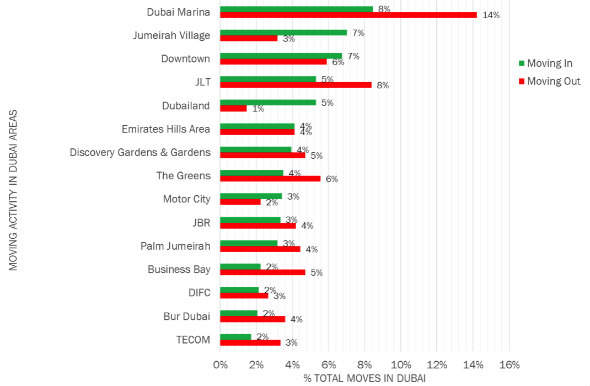 The analysis also looked into why people were moving to see if rent was the only driving force. Majority of the people surveyed stated that rent increases or disputes with landlords were the reasons they were moving out, while others said that they were looking for larger homes to make room for their growing families. Job related motivations were next on the list, and moving because they didn’t like the place (attributing to construction and traffic) was last on the list.

MoveSouq.com will be releasing another report later on in the year which will allow for a comparison analysis and predict trends for 2015.