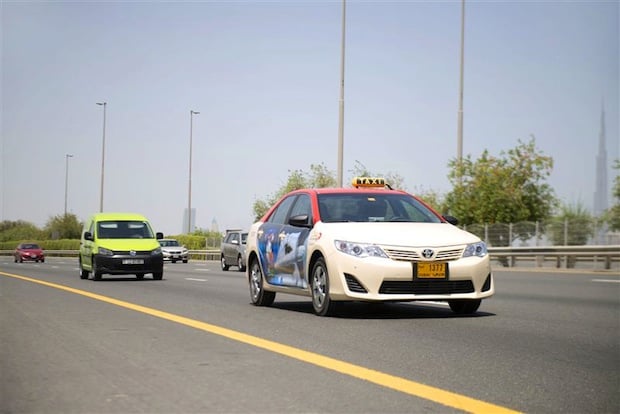 Dubai’s Roads and Transport Authority has confirmed that taxis in the emirate have increased their fares by 5 per cent, calling the hike “marginal.”

An official statement said: “As part of its endeavors towards continuous improvement of its services, the RTA has increased the taxi fares by 5 per cent which is a marginal increase. For example, if the fare is Dhs 30 it will now be priced Dhs 31.50.”

Local reports late last week had indicated that fares for regular taxis had risen by 6 per cent and for airport taxis by 12 per cent.

This is the second increase in taxi tariffs in Dubai in the last 12 months.

In December last year, the RTA hiked taxi flag-down charges from Dhs 3 to Dhs 5 during the peak hour timings of 7-10 am and 4-8 pm.

The flag-down rate of orders from the booking and dispatch center were also increased from Dhs 6 to Dhs 8 during off-peak hours and from Dhs 10 to Dhs 12 during peak hours.

The RTA said at the time that its decision was based on a number of field studies and surveys. Dubai’s taxi fares are the cheapest when compared to rates in cities such as London, New York, Amsterdam, Paris, Singapore and Tokyo, according to the authority.

The cost of living in Dubai has been steadily rising even as the emirate starts preparing to host Expo 2020.

Dubai ranked as the 23rd most expensive city worldwide to live in, according to a recent survey by research firm Mercer.

Dubai moved up 44 places from the 67th position on Mercer’s 2014 list, mainly because of currency fluctuations and high rents.