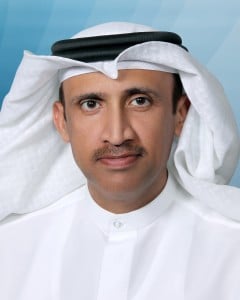 State-owned Dubai Real Estate Corp. (DREC) has taken over the management of Zabeel Investments, the indebted firm owned by Dubai’s crown prince, the chief executive of Investment Corporation of Dubai said on Tuesday.

Sources told Reuters last week that DREC had taken over the company, which owes about Dhs6 billion ($1.6 billion) to mostly local banks.

“Zabeel is only managed by DREC, the ownership is still the same,” Mohammed al-Shaibani told Reuters on the sidelines of a real estate conference.

The sources said DREC will lead fresh debt discussions. Talks on restructuring the debt ground to a halt in January.

Shaibani, who is also head of Dubai’s Rulers Court and a member of the emirate’s Supreme Fiscal Committee, said Investment Corporation of Dubai had no plans to offload businesses.

“There are no plans to sell assets at ICD, all our holdings are strategic,” he said.

ICD holds about $70 billion in assets and its financial position is bolstered by dividend payouts from its portfolio of companies. Its investments include successful airline Emirates, bank Emirates NBD and Dubai Islamic Bank.

Dubai has negotiated terms to restructure some $41 billion of debt related to its flagship conglomerate Dubai World and its property arm Nakheel, promising to repay the debt partly through asset sales.