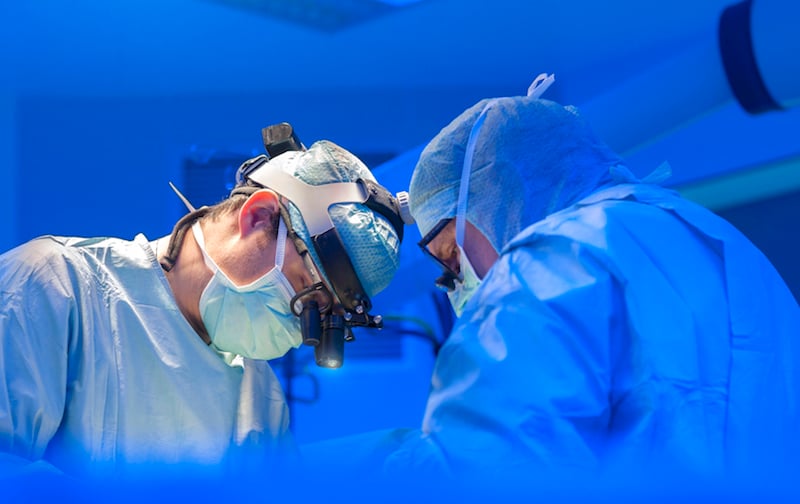 Dubai’s health regulator has ordered a clinic in the emirate to stop conducting any surgeries after a botched procedure at the centre left a 24-year woman in a coma.

The Dubai Health Authority (DHA) said it is investigating the case of the Emirati woman, who fell into a coma after suffering brain damage during a routine nose surgery at the First Med Day Surgery Centre Dubai.

Officials said initial investigation had revealed malpractice by both the ENT surgeon and the anaesthetist – who is also the centre’s medical director.

The two doctors have been ordered to stop practising, and the DHA also warned that legal action will be taken against those who risk patients’ lives.

One of the doctors involved was detained by authorities as he was trying to leave the UAE, local media reported.

Following the case of the Emirati 24 year old patient who entered a coma due to malpractice, the DHA announced that it has stopped the “First Med Day Surgery Centre Dubai” from conducting any surgeries until the results of the investigation are complete. pic.twitter.com/mZjugy0r6s

Dr Marwan Al Mulla, CEO of the DHA’s regulation department, said the authority had started legal proceedings against the medics.

According to officials, preliminary investigation results found that the Emirati woman was set to undergo nose surgery at the centre to correct a deviated septum.

The surgery was expected to last two hours, but stretched much longer after the patient suffered complications.

“The 24-year-old young Emirati fell into a coma due to dangerous complications that she suffered during a Septoplasty procedure by S.H and S.D, at the First Med Day Surgery Center,” said Al Mulla.

“The patient suffered from a severe drop in blood circulation and blood pressure. Oxygen also stopped reaching her brain, which caused her heart to stop for several minutes and put her into a deep coma, which she still did not wake up from. The patient was transferred to a specialised hospital and is currently in the intensive care unit,” he added.

Investigation of the patient’s medical files and history also found that she did not suffer from any cardiovascular or vascular diseases prior to the surgery.

According to the DHA, investigations have revealed medical negligence. The physicians did not adhere to the required medical procedures for surgical intervention prior to the surgery, such as conducting a thorough medical examination, it said.

It was also found that the patient’s clinical case was not accurately documented by the anaesthesiologist during surgery. He did not document the patient’s vital signs while the level of oxygen dropped in the blood and when her heart stopped working, said Al Mulla.

“The anaesthesiologist also did not record the time he gave the patient the anaesthesia and did not write what the vital signs were prior to giving her the anaesthesia. This caused confusion in managing the case once it started deteriorating during surgery. The needed medical records of the patient were also not available when the patient was transferred from the centre to the hospital,” he added.

The patient is currently receiving treatment at Cleveland Clinic Abu Dhabi, where she has remained in a coma for 16 days.