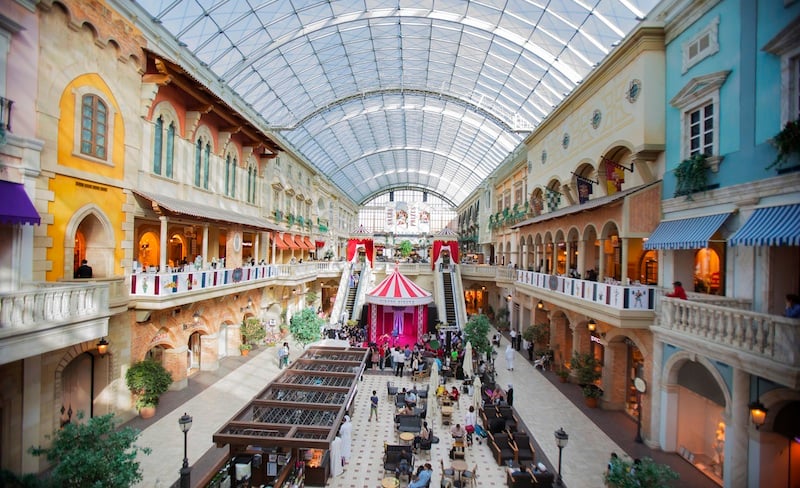 The annual Dubai Summer Surprises (DSS) will run from July 1 – August 12 this year, with sales and events set to take place across the emirate.

Now in its 20th edition, the six-week DSS is organised by the Dubai Festivals and Retail Establishment (DFRE), an agency of Dubai’s Department of Tourism and Commerce Marketing (DTCM).

Participating brands will offer discounts of up to 75 per cent while mall-led events including concerts and character shows will also be held in Dubai.

DSS has announced three, special one-off concerts so far including one by Walid Al Shami at Dubai Festival City mall on July 1, one on July 21 by Fouad Abdulwahed and Dalia Mubarak at City Centre Mirdif, and a third by Balqees at Mall of the Emirates on August 4.

All three concerts will start at 8pm and will be free-to-attend.

This year, DSS is also launching its first ever ‘City Pass’, giving people up to 50 per cent discount on 28 attractions across Dubai including Atlantis’ Aquaventure Waterpark, Burj Khalifa, city tour, theme parks and desert safari.

The pass is priced at Dhs449 per person (for a standard three-attraction package) and reaches Dhs940 per person for an unlimited package.

The passes can be bought at the DSS website and at hotel concierge services and are valid from July 1.

Some of the highlights of this year’s DSS include –

Shoppers will be given discounts ranging between 30 to 75 per cent throughout the six-week DSS period at participating retailers.

As part of DSS, 72 hour-sales will be held from Monday until Wednesday each week during DSS. Brands across sectors including fashion, homeware and toys will offer the discounts.

Details of the deals will only be revealed 24 hours ahead of the sale on the DSS website and its social channels.

Fashion, beauty and luxury homeware retailers will have offers on exclusive retail products at a specified shopping location each week on Fridays, starting on July 7. The deals will again be revealed only 24 hours ahead of the sale on the DSS website and its social channels.

The grand finale sale will run from August 10-12 and will feature the very last price cuts of summer.