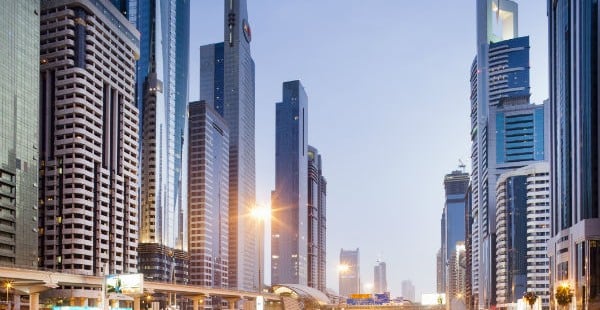 Dubai used its first big debt sale of 2013 on Tuesday to show the world the glitzy desert city-state had well recovered from its credit crisis of four years ago, as investors scrambled to get a piece of the $1.25 billion deal.

The unrated emirate launched a $750 million 10-year Islamic bond, or sukuk, as well as a $500 million 30-year conventional bond, as it seeks to lock in longer-term funding at among the lowest borrowing costs available to it.

The sukuk launched at 3.875 per cent, well inside guidance of four per cent released earlier in the day, owing to strong demand with order books estimated at over $9 billion. This propelled the emirate to add a longer-dated 30-year conventional portion to the deal after order books for the sukuk had closed.

The 30-year bond launched at 5.375 per cent, at the tighter end of initial guidance.

“The 30-year portion will allow Dubai to get longer-dated money and extend its debt maturity profile. It takes significant investor appetite to print such a long tenor,” said one regional banker, declining to be identified.

“Dubai’s whole problem back in 2009 and 2010 was long-term projects and investments funded by short-term debt, a cash flow problem. Such longer-dated funding is exactly what they need.”

Dubai Islamic Bank (DIB), Emirates NBD, HSBC Holdings, National Bank of Abu Dhabi and Standard Chartered are arranging the sukuk, while the same banks, minus DIB, are bookrunners on the 30-year bond.

The emirate last tapped markets in April with a $1.25 billion sukuk sold in two tranches, its first Islamic bond sale since a debt crisis in 2009 that undermined investor confidence. Dubai also issued dollar bonds in 2010 and 2011.

The new sukuk, which according to its prospectus will be Dubai’s only 2023-dated bond, will help to lengthen the average maturity of the government’s debt.

“Long-dated dollar swap rates have started to climb in the last two months, while Dubai’s 10-year credit spread has fallen, so it looks like this issue seeks to lock in a low long-term cost of financing before the window of opportunity may close,” said Paul Bateman, senior risk manager at Bank of London and the Middle East, in London.

“Demand for dollar sukuk remains strong and the economic outlook continues to improve in the UAE, so the transaction is likely to be well received by investors despite the absence of a credit rating.”

Dubai, which boasts the world’s tallest building and islands in the shape of palm trees, rocked global markets in late 2009 when state-owned conglomerate Dubai World announced a $25 billion debt restructuring.

The crisis coincided with a dramatic collapse of the emirate’s property market.

Dubai has striven since to regain its credibility among international investors, successfully refinancing or restructuring debt and benefiting from its status as a regional safe haven amid the Arab Spring civil uprisings.

The cost of insuring its debt against default, a measure of investor confidence, has fallen to multi-year lows, with five-year credit default swaps trading at 211 basis points on Monday.

Dubai expects its economy to grow by more than four per cent in 2013, slightly more than is forecast for last year.