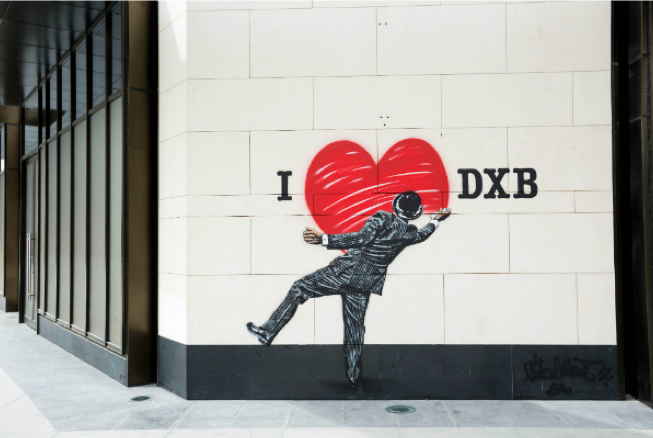 Dubai-based holding company Meraas has announced an initiative to introduce street art to the city, including the largest mural even seen in the Middle East.

Dubai Walls will encourage street artists to visit the region throughout the year to transform public spaces into permanent street art exhibitions.

It will began at the company’s City Walk development, where 15 permanent murals from the world’s top street artists will be established.

This includes the Middle East’s largest mural, a six-storey ﬁne art portrait but Polish duo ETAM CRU, according to Meraas.

Group chairman Abdulla Al Habbai said the initiative was line with UAE vice president and prime minister and Ruler of Dubai Sheikh Mohammed bin Rashid Al Maktoum’s plans to transform the emirate into an open-air museum that dazzles the world.

“Such initiatives help stimulate the tourism sector and reinforce Dubai’s position as a leading global art capital. Dubai Walls will cooperate with all related parties to achieve its goals.”

Artists taking part in the ﬁrst Dubai Walls project at City Walk include the French ‘Godfather’ of stencil art Blek le Rat and the creator of pop surrealism Ron English, who appeared in a Simpsons episode.

They will be joined by female artists Aiko from Japan, whose design was chosen by Louis Vuitton to be included in one of their scarf collections, and US star Magda Sayeg, founder of the global ‘yarn-bombing’ movement, who will be transforming palm trees, ﬁre hydrants and balconies with her playful textured art.

Other street artists taking part include UK edgy street art star EINE -whose signature artwork was gifted to the White House by David Cameron -, alongside D*FACE, Nick Walker and The London Police, whose works are shown alongside supersize portrait muralist RONE from Australia, and a visually arresting 3D street art masterpiece from US rising stat Beau Stanton.

Iranian brothers Icy and Sot will also create their first mural in the region since leaving their home to seek asylum in the US.