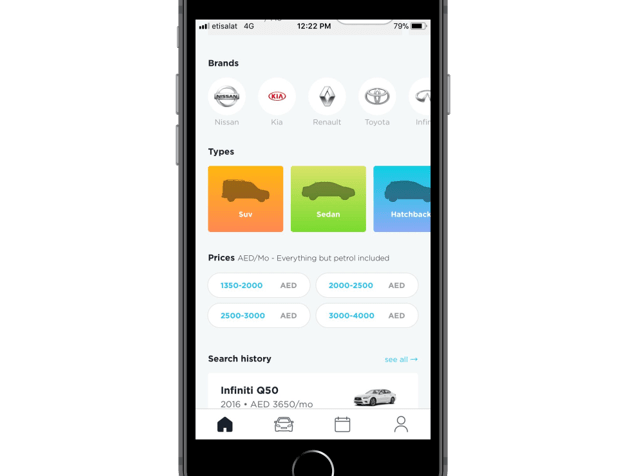 Dubai’s app-based car subscription company Invygo has raised $1m in funding to accelerate its expansion plans across the Middle East.

The startup plans to use the funds to grow the business further by investing in technology and expanding into new customer segments.

This investment is part of the Series A funding round led by EQ2 ventures, Class 5 Global, and 500 Startups.

Since the last funding injection in Q4 2019, Invygo has tripled the customer number base, increasing its dealership partners from two to seven, a statement said.

Furthermore, it now has 12 car brands on the platform offering greater choice for customers.

CEO and co-founder Eslam Hussein said: “We are incredibly pleased to see further confidence from our investors with this latest funding round especially in the current climate. Our teams have received ongoing feedback from our customers stating they have seen real value of the subscription model, over owning a car. With many people working from home and spending less time driving to and from work, our customers have been able to easily pause their subscription, swap to a less expensive car, or save money by choosing a lower mileage option.

“We’re happy that our business model has been able to help people at this time, who otherwise would have been tied into monthly loan payments even though their life circumstances had changed.”

Patrick Thiriet, CEO of Equitrust, adds “The coronavirus crisis has now affected almost every part of our world; for many years to come, it will change the way we all move and commute. Invygo’s value proposition looks even more relevant in this post-Covid19 world, with consumers still expecting to drive a car of their choice, but without the visibility to commit for 3 or 5 years.”

Invygo offers an alternative to owning or leasing a car. Customers can choose a car, upload their licence and sign their documents all from within the app to have a car delivered for free to their homes.