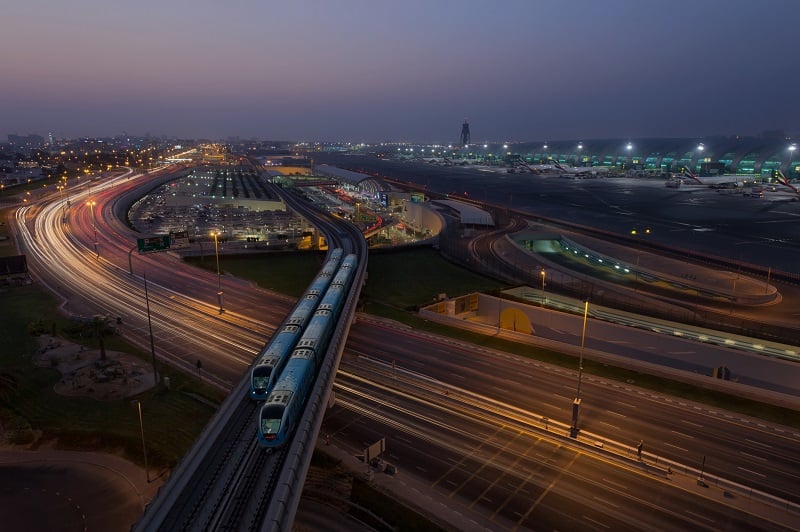 Dubai’s Roads and Transport Authority (RTA) is set to open part of a new roads project this month aimed at reducing traffic congestion to and from the airport.

The RTA has completed the construction of two main bridges at the intersection of Marrakech-Airport Roads and will phase their opening in two stages.

The first stage – to be implemented on Friday, March 23 – will see the existing traffic movement incoming from Sheikh Mohammed bin Zayed Road and Al Khawaneej heading to Deira permanently diverted to the new three-lane bridge.

The RTA will close the parallel bridge serving the traffic coming from Deira in the direction of Sheikh Mohammed bin Zayed Road and Al Khawaneej pending the completion of works at the entry of the bridge and other construction works.

The second bridge – also consisting of three lanes in each direction – will be open for traffic on March 30.

Works also include constructing a ramp from the bridge leading directly to Terminal 3 of Dubai International Airport without waiting at the traffic signal. This will be opened by the end of April 2018, a statement said.

The project also includes the construction of a two-lane underpass to serve the traffic heading leftward from the Airport Road in the direction of Marrakech Road. 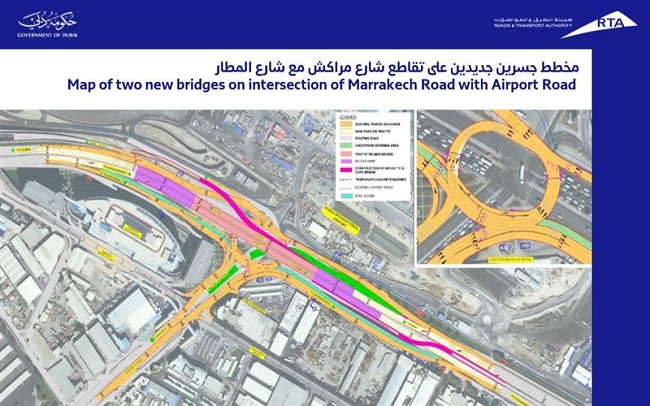 The overall Airport Road improvement project – currently being undertaken by the RTA – also includes the construction of four junctions, according to Maitha bin Adai, CEO of RTA’s Traffic and Roads Agency.

Al Rashidiya intersection will see the construction of two bridges on Airport Road comprising three lanes in each direction.

The intersection of the Airport-Nad Al Hamar Roads will have a two-lane ramp to ease the existing tailbacks, Bin Adai explained.

The project will also see the construction of an additional single-lane ramp at the intersection of the Airport–Casablanca Roads to serve the traffic from the Airport Road, eliminating the waiting time at the light signal.

It also includes the construction of an alternative route for traffic inbound from Al Garhoud, enabling direct access to Terminal 1 and 3 of the Dubai International Airport, while also increasing the number of lanes of Casablanca Road in the direction of Al Garhoud from three to four lanes.

The Airport Street improvement project is part of the RTA’s plan to cater to the growth in the number of passengers at Dubai International Airport – expected to hit 92 million by 2020.

Upon completion, the project is anticipated to increase the capacity of Airport Street by up to 5,000 additional vehicles per hour.

“It will also boost the traffic safety level, and cut short the transit time on Airport Street,” the RTA said.

Dubai International, the world’s busiest airport for international travellers, recorded a 5.5 per cent growth in passenger traffic last year to reach 88.2 million. It is forecasting traffic to increase by 2.4 per cent this year to 90.3 million.