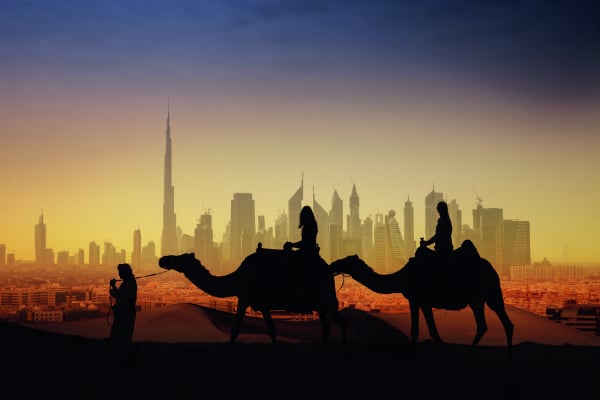 Dubai is on track for another record year of tourist arrivals after seeing a 7.5 per cent increase in overnight visitors in the first nine months of the year.

The emirate received 11.58 million visitors during the nine months to September 30, with Indians leading the way at 1.47 million.

There was also substantial growth in visitor numbers from China and Russia respectively after citizens of both nations were granted visa on arrival access to the UAE.

Visitor numbers from China were up 49 per cent increase year-on-year to 537,000, making it the UAE’s fifth largest source market, and those from Russia were up 95 per cent.

Saudi Arabia and the UK were Dubai’s second and third largest tourist markets with 1.25 million and 905,000 travellers respectively. This represented a slight decrease and a 2 per cent increase in visitor numbers from each country last year.

Dubai aims to attract 20 million tourists per year by 2020.

“Even as we continually work to ensure Dubai’s proposition remains stellar and globally competitive, drawing on the concerted cross-industry efforts of all stakeholders, our priority remains the delivery of the highest levels of visitor satisfaction,” said Dubai Tourism director general HE Helal Saeed Almarri

During the first nine months of the year the emirate’s hotel sector totaled 106,167 keys across 678 establishments, a 6 per cent increase in capacity over the previous year.

Average occupancy for the sector stood at 76 per cent, the same as the first nine months of the previous year, Dubai Tourism said, while occupied rooms nights increased from 20.45 million to 21.27 million and average length of stay decreased from 3.6 to 3.5 nights.