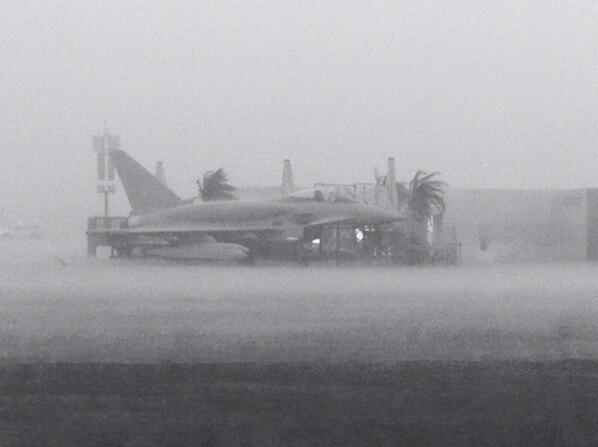 Schools in Dubai have been closed for the day because of stormy weather conditions in the UAE, a spokesperson from the Knowledge and Human Development Authority (KHDA) confirmed to Gulf Business.

Parents were asked to pick up their children from school as thunderstorms gathered across the UAE.

Adverse weather conditions have also led to the closure of the Dubai Airshow today.

A statement on the event’s website said: “The Dubai Airshow is closed today due to severe weather conditions; please do not travel to the show venue.

“Exhibitors and contractors will receive information regarding show access directly from the show organisers.”

The US military already began moving 12 aircraft on display at the Airshow on Wednesday because of the thunderstorm, Major David Faggard, a spokesman for US Air Force Central Command told Reuters.

He said officials decided to move the aircraft away from the static display to a nearby maintenance facility following forecasts of 45-knot winds.

Earlier this week, Sufiana Sarrah, meteorology specialist at NCMS, confirmed to Gulf Business that the UAE will face turbulent weather conditions for a period of three days starting Wednesday.

The cloud volume will increase over the Western and North-eastern regions specifically, causing heavy and moderate rain, he said.

“The UAE will experience heavy rain. But there will be no flooding, cyclones or hurricanes across the Arabian Gulf.

“We emphasise that the country is currently under the influence of unstable weather conditions leading to a different intensity of rain over scattered parts of the country at varied intervals,” he added.