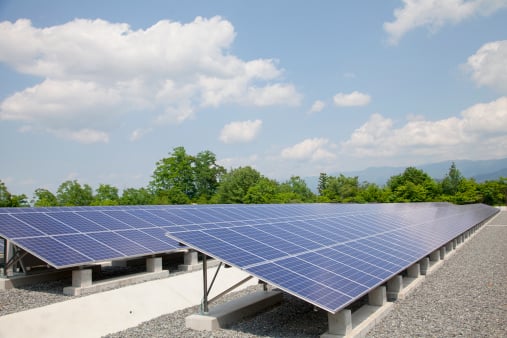 Construction of the largest distributed solar rooftop project in the Middle East is currently underway in Dubai, officials confirmed on Wednesday.

The project, part of the Shams Dubai initiative launched by DEWA, in being undertaken by DP World.

The port operator has already commissioned the installation of 88,000 rooftop solar panels on its Dubai facilities in Jebel Ali Free Zone and Mina Rashid.

Phase one is slated for completion in 2017 and will provide enough clean power for 3,000 homes a year, a statement said.

The solar panels will provide 40 per cent of the total energy consumption of Jafza.

It will also result in 22,000 tonnes of carbon being saved annually, equivalent to taking 4,500 cars off the road.

Phases two and three will follow phase one (which is planned to produce a total of 22MW at peak), with further solar installations due in Jafza and Mina Rashid.

The programme is being implemented as part of Dubai’s Integrated Energy Strategy 2030, which seeks to reduce energy demand by 30 per cent by 2030.

It also supports the UAE vision 2021 for a sustainable environment – the national initiative for building a green economy.

The Shams Dubai initiative allows customers to install PV panels on their rooftops to generate electricity from solar power, and connect the systems to DEWA’s grid.

The electricity is used onsite and the surplus is exported to DEWA’s grid.

An offset between exported and imported electricity units is conducted and the customer account is settled based on this difference.

Saeed Mohammed Al Tayer, managing director and CEO of DEWA affirmed that the utility is keen to cooperate with all public and private sectors corporations to promote Dubai Clean Energy Strategy 2050.

“This will enhance our efforts towards achieving the Smart Dubai initiative to transform Dubai into the happiest and smartest city in the world,” he said.