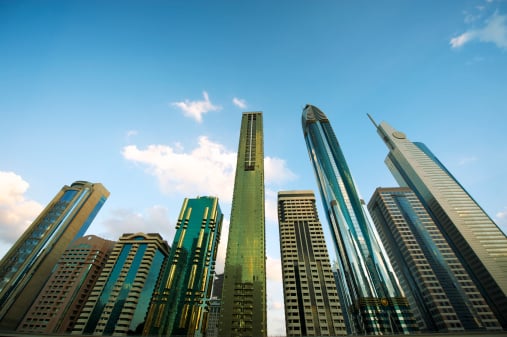 Dubai’s residential rents fell for the first time this year after a period of rapid growth while sales prices further slowed in the third quarter of 2015, a new report showed.

Apartment sales prices fell 11 per cent and villa sales prices dropped 7 per cent year-on-year in Q3, according to the latest report by real estate consultancy JLL.

Meanwhile rents fell 1 per cent year-on-year and quarter-on-quarter in the third quarter, the report found.

The decline was a result of tighter government regulations, higher inflation levels and a strong dollar, the report said. Such factors have made investment in property more expensive for local and international investors.

The report said that prices are expected to remain soft for the remainder of this year and throughout 2016, before heading towards another growth cycle ahead of Expo 2020.

Property prices and rents in Dubai rose exponentially in 2013 and 2014 on the back of strong market recovery and optimism from winning the bid to host Expo 2020.

Such a sharp rebound had previously sparked concerns of another bust in Dubai’s property market with global institutions such as the International Monetary Fund urging the government to put in more reforms to stem speculation.

However price growth began to slow in the second quarter of 2014 as the impact of government regulations began to set it, experts say. But rents in the emirate continued to grow during this period, albeit at a slower rate.

Another concern that has plagued the local market is a lack of affordable property. But JLL clarified that a number of developers have recently launched affordable projects, mitigating concerns of the market heating up again.

“This quarter, we have seen increased recognition of the issue with the introduction of a number of initiatives from both developers and the government targeting the affordable housing market,” said Plumb. These include Nakheel’s launch of Jebel Ali Estate at Cityscape and further stages being launched within Nshama’s Town Square project.

“In addition, the lack of major new mega projects and the increased emphasis on housing for the middle-income segment of the population signifies the maturing of Dubai’s residential market.”