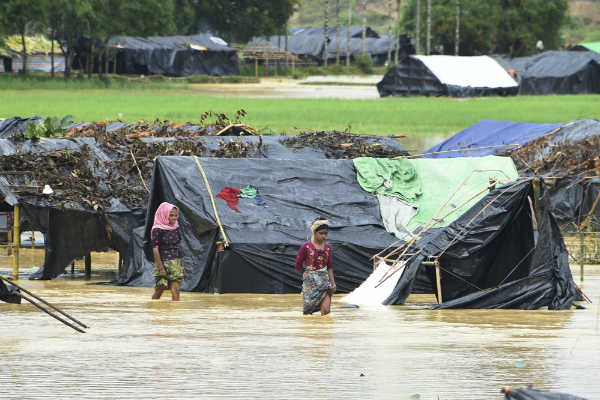 Vice President and Prime Minister of the UAE and Ruler of Dubai, HH Sheikh Mohammed bin Rashid Al Maktoum, has ordered the use of his private 747 plane and the opening of an air bridge to provide aid to Rohingya Muslim refugees fleeing Myanmar.

The first relief flights on the air bridge left on Monday and others are scheduled for October 11, 13 and 15.

So far, 270 metric tonnes of aid have been delivered.

Sheikh Mohammed also ordered the use of additional C130s and 757s for use in the relief efforts.

The Dubai ruler previously ordered two Boeing 747 airlifts to Bangladesh on September 12 and 26 to deliver supplies provided by the UN Refugee Agency including family tents to provide shelter to 8,355 refugees from 1,671 families and 24,670 tarpaulins for 123,350 beneficiaries.

An estimated half a million Rohingya refugees have fled to Bangladesh in the last month after facing growing violence and persecution in Myanmar.

“The air bridge reflects the UAE’s keenness to support vulnerable populations across the world living in dire humanitarian conditions,” according to Dubai Media Office.