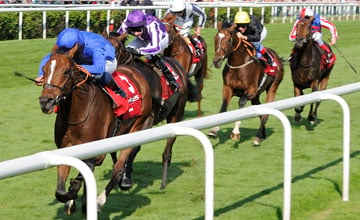 UAE Vice President and Prime Minister and Ruler of Dubai His Highness Sheikh Mohammed bin Rashid Al Maktoum has been revealed as one of the biggest beneficiaries of UK farming subsidies over the last two years, according to reports.

The NGO called for subsidies to be conditional on landowners producing a public good, such as sustainable food production and environmental benefits.

The bulk of the subsidies given to Sheikh Mohammed came from a single payment scheme based on land owned rather than how the land is used, it said.

Greenpeace reported that its investigations revealed 16 of the top 100 recipients of single area payment plans were on the Sunday Times rich list of the country’s wealthy.

“The Emir of Dubai is one of the richest royals in the world and is hardly in need of taxpayer-funded handouts. But much of the cash from the farm subsidy system rewards landowners not for doing public good but instead for the size of their landholding,” said Hannah Martin, campaigner at Greenpeace UK.

The Dubai ruler is estimated to have a personal fortune totalling more than GBP2bn ($2.44bn), according to UK publication The Times.

His UK interests include a horse racing stud and stables in Suffolk, a 63,000-acre Scottish estate, homes in London and a GBP70m estate in Surrey.