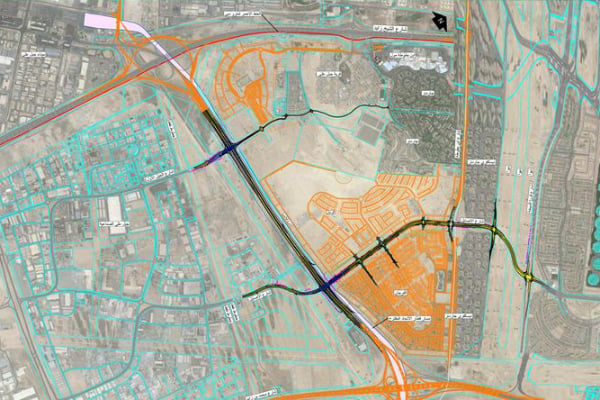 Vice President and Prime Minister of the UAE and Ruler of Dubai HH Sheikh Mohammed bin Rashid Al Maktoum has approved the awarding of two contracts worth Dhs1.2bn ($326.7m) for roads designed to improve traffic flow from Abu Dhabi.

The Al Yalayis and Al Asayel roads are designed to enhance links between Sheikh Zayed Road, Sheikh Mohammed bin Zayed Road and Emirates Road and support the movement of goods too and from Jebel Ali Port.

The work will seek to boost the capacity of Al Yalayis Road to almost 10,000 vehicles per hour per direction and cut the transit time between the 7th Interchange on Sheikh Zayed Road and the Sheikh Mohammed bin Zayed Road to as low as four minutes, he added.

“The project to construct the 7th Interchange on Sheikh Zayed Road will cost about AED 393 million. It encompasses the construction of a four-lane bridge branching out of Al Yalayis Road into two bridges of two lanes each,” Al Tayer explained.

There will also be improvements to light signals Gate No. 1 and 2 of Jebel Ali Port, and the construction of another bridge of two lanes to serve the inbound traffic from DUBAL Street in Jebel Free Zone & Port crossing over Sheikh Zayed Road in the direction of Al Yalayis Road eastward.

Al Asayel Road will extend 5km to link with JAFZA, Jumeirah Islands, and Emirates Hills. The total cost of the two roads is about Dhs792m.

The project will also be fitted with a 2k two-lane flyover running across Al Asayel Road to serve the inbound traffic from Qarn Al Sabkha Road in the direction of Sheikh Mohammed bin Zayed Road.

The RTA also recently completed the Dhs228m first phase of the Al Houdh Interchange and announced the completion of roadworks at Al Mamzar and Al Nahda 1.