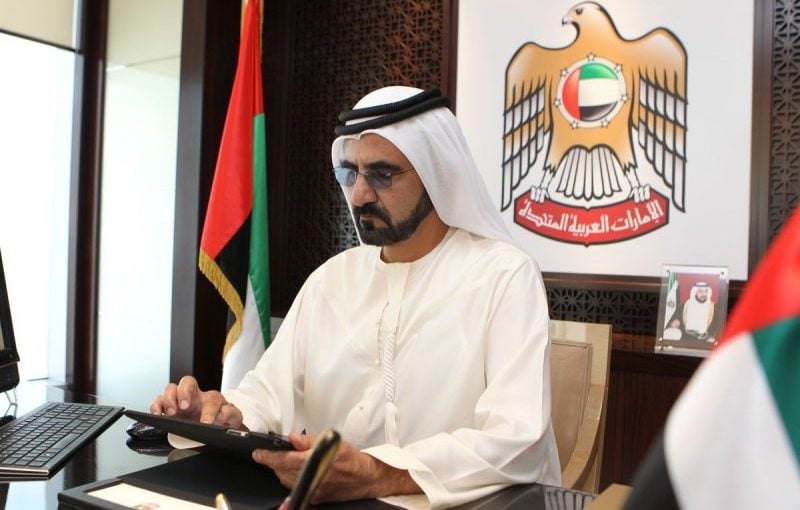 Sheikh Mohammed bin Rashid Al Maktoum, the Vice President and Prime Minister of the UAE and Dubai’s ruler, has approved the emirate’s 2019 budget, which will see spending rise marginally by 0.35 per cent to Dhs56.8bn, compared to Dhs56.6bn in the 2018 budget.

The 2018 budget was the largest in the history of the emirate, with spending representing a 19.5 per cent rise from 2017.

Public expenditure, general and administrative expenses, grants and subsidies represent 47 per cent of the total expenditure, up 5 per cent compared to the 2018 budget, with salaries and wage allowances accounting for 32 per cent, a statement said.

The government is also aiming to create 2,498 new jobs in the public sector.

The emirate expects to spend Dhs9.2bn on infrastructure projects in 2018 – with the economy, infrastructure and transportation sector accounting for 40 per cent of the total spending, as it prepares to host the Expo 2020.

Dubai is keen to support small enterprises, promote entrepreneurship and create an incubator environment for microenterprises, the statement added.

Expenditure on the health, education and housing sectors represent 33 per cent of the total 2019 budget.

The government is also allocating 5 per cent of total spending to support “government excellence, creativity, innovation and scientific research”, the statement added.

Meanwhile the government expects to generate Dhs51bn in public revenues, an increase of 1.2 per cent over the fiscal year 2018.

“This increase is in spite of the emirate’s stimulus economic decisions that would reduce some fees and freeze the increase in any three-year fee,” the statement said.

“The revenues are based on ongoing operations in the emirate, which Dubai has done over the past decade to not rely on oil revenues and to develop the government revenue structure,” it added.

Oil revenues account for only 8 per cent of total projected revenues for fiscal year 2019, with non-tax revenues (fees and other) accounting for 64 per cent.

Tax revenues account for 25 per cent, while revenues from government investment represent 3 per cent, the statement said.

“The general budget for the fiscal year 2019 is a continuation of the Dubai government’s approach to strengthening the macro-economy and meeting the aspirations of the future,” the statement said.

Officials also confirmed that the fee waivers and other decisions adopted by the emirate in 2018 aimed at stimulating the economy following the introduction of VAT, are scheduled to continue until 2021.

Abdulrahman Saleh Al Saleh, director general of DIFC, said: “Dubai’s efforts in the coming years will continue to improve the performance of the general budget in order to stimulate financial sustainability and to stimulate entrepreneurship in the emirate through economic incentives that will attract more investments.

He explained that the 2019 budget supports the economic and social stimulus decisions, and added that the government of Dubai has achieved an operating surplus of Dhs850m due to the “adoption of disciplined fiscal policies”.