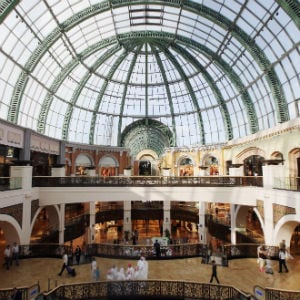 MAF, which is the sole franchisee of French hypermarket chain Carrefour in the Middle East, had been in advanced negotiations to buy Mansour Group’s Metro chain and discount grocery store Kheir Zaman, Reuters had reported in April, citing sources familiar with the matter.

A deal was seen worth between $200 million and $300 million. MAF gave no reason for the breakdown in talks.

Metro is one of Egypt’s largest supermarket chains with more than 40 outlets in 10 cities. Kheir Zaman, a discount grocery store, has over 2,000 employees and 30 stores throughout the country.

Mansour Group, also the largest distributor of General Motors cars in Egypt, had been looking to sell Metro and Kheir Zaman since last year. MAF Chief Executive Iyad Malas told Reuters in January that the deal was in the “due diligence” stage.

Despite the collapse of talks between MAF and Mansour, some cash-rich Gulf investors remain interested in increasing their presence in Egypt, even against the backdrop of the country’s political turmoil.

In the banking sector for instance, Gulf groups have taken advantage of a retreat by European banks in the aftermath of the financial crisis.

BNP Paribas has sold its Egyptian arm for $500 million to Dubai lender Emirates NBD, while Societe Generale has agreed to sell its majority stake in National Societe Generale Bank to Qatar National Bank for $2 billion.