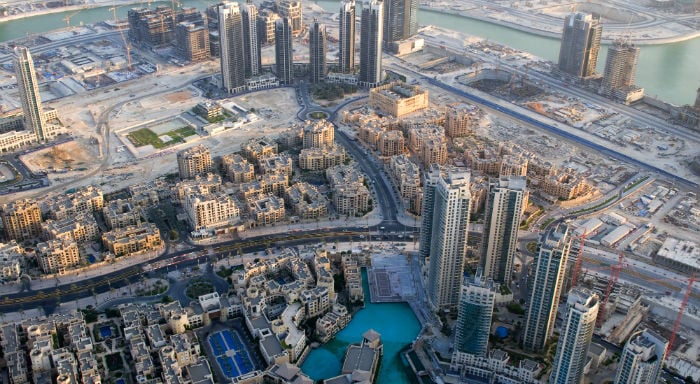 Residential rents in Dubai rose 10 per cent year-on-year in the first quarter of the year, with established areas in the emirate expected to witness further rental growth over the rest of 2013, according to a new report.

The quarterly report by consultancy Jones Lang LaSalle (JLL) found that the REIDIN rental indices for apartments and villas rose 10 per cent in Q1 2013, compared to Q1 2012.

However, although the villa rental index reached its peak value in February 2013, the apartment rental index remains 26 per cent lower than in January 2009, found JLL.

Rents have mainly increased in areas such as Burj Downtown, Dubai Marina and Palm Jumeirah, but have remained stable in secondary and less completed locations.

“Well-established residential communities in central Dubai are expected to see further price and rental growth over the rest of 2013, while less completed projects in more remote areas will need more time before seeing increased demand and performance,” the report stated.

The emirate’s real estate investment market has been very active in the first quarter of 2013, with a number of residential transactions. Developers like Emaar and Damac have launched several new projects, and have received strong investor interest.

“For some months now, we have seen sustained confidence in the Dubai real estate market, although it remains selective with the best performance focused on high quality assets in prime locations,” stated Alan Robertson, CEO of JLL MENA.

“An initial glance might suggest that many of the conditions that led to the unsustainable growth in real estate prices in Dubai in 2006 and 2007 have returned. However, there are important differences as the Dubai market has matured. The excesses of the last speculative boom will hopefully be replaced by a period of slower but more sustained growth in demand and prices.

“The challenge is to ensure that this confidence does not lead to undue exuberance. If the market has learnt anything from the past decade, it is that an extended period of sustained growth is far more beneficial than a short period of unsustainable growth followed by an inevitable crash.”

Around 2,200 residential units, mostly apartments, were handed over in Q1 2013, with total residential stock now standing at around 357,000 units.

A total of 28,000 units are slated for completion in 2013, and around 40,000 new residential units are scheduled to enter the market over the next two years, representing an 11 per cent increase on the current stock.

“While demand has started to pick up and a number of previously stalled projects are now resuming, we do not expect all the announced space to be delivered within this timeframe,” added JLL.