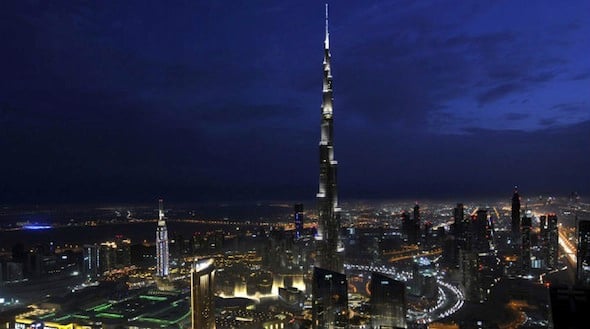 Dubai received 14.9 million overnight visitors last year, an increase of 5 per cent on 2015, according to Dubai Department of Tourism and Commerce Marketing.

The figure means the emirate has achieved a compound annual growth rate of 8 per cent from 2012 to 2016 when HH Sheikh Mohammed Bin Rashid Al Maktoum, Vice President and Prime Minister of UAE and Ruler of Dubai, launched a strategy to attract 20 million tourists by 2020.

However, it will need to increase visitors by roughly a third in the next three years to reach its goal.

Performance in 2016 was impacted by turbulence in many of the emirate’s source markets and a stronger dollar-linked dirham making Dubai more expensive for visitors.

“With our international overnight traffic reaching 14.9 million, Dubai has cemented its ranking as the fourth most visited city in the world, critically delivering the highest value to the domestic economy with our number one ranking in terms of spend per tourist compared to any other competitor destination,” said Helal Saeed Almarri, director general, Dubai Tourism.

Almarri added that the emirate saw recorded a 13 per cent increase in visitor volumes from South Asia led by India despite the country’s demonetisation.

He also said Saudi travellers continued to drive the Gulf region and Dubai saw a 5 per cent increase in travellers from the UK despite the devaluation of the pound following the Brexit vote.

“Highlights of 2016 include the massive 20 per cent boost in Chinese visitors, crossing the half million mark for the first time with 540,000 tourists arriving in Dubai; and the definitive resurgence of Russian inbound tourism recording 14 per centgrowth in overnight traffic. Both countries are only expected to further accelerate through 2017 thanks to the UAE’s recent implementation of visas-on-arrival for all their citizens,” he said.

In 2016, Gulf Cooperation Council visitors to Dubai increased 5 per cent to 3.4 million, with Saudi Arabia up 6 per cent to 1.6 million, Oman to more than 1 million, and Kuwait and Qatar up 2 per cent and 9 per cent respectively.

Western Europe followed as the second largest driver, accounting for 21 per cent of 2016 tourism or more than 3.1 million tourists –up 4 per cent. This included 1.25 million visitors from the UK and 460,000 from Germany.

In South Asia, Indian visitors were up 12 per cent to 1.8 million and Pakistan visitors up 19 per cent to 607,000, while visitors from the wider Middle East and North Africa totalled 1.6 million.

Visitors from North and Southeast Asia were up 15 per cent to 1.36 million and represented 9 per cent of the total. They included 540,00 Chinese tourists and a 20 per cent increase in tourists from the Philippines to 390,000.

While Russia, CIS and Central Europe accounted for 5 per cent of visitors with 240,000 from Russia – an increase of 14 per cent.

Almarri said the organisation would continue to drive volumes in developing segments to diversify the emirate’s tourism mix while also investing in the GCC, India, UK and German, which make up 40 per cent of tourism traffic.

New attractions including IMG Worlds of Adventure, the world’s largest indoor theme park, and Dubai Parks and Resorts, the region’s largest integrated theme park resort, are expected to drive visitor traffic this year, along with new cultural site like the Dubai Opera and Etihad Museum, according to the organisation.