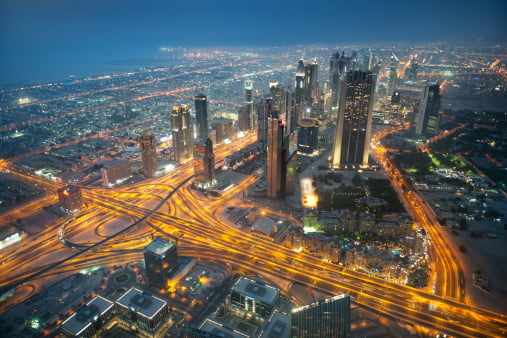 Dubai has been named the fifth most popular city in the world for international travellers, rising two slots from the seventh position in 2013, according to the MasterCard Global Destination Cities Index.

The emirate, which jumped ahead of New York and Istanbul to take the fifth place, is estimated to receive almost 12 million overnight international visitors in 2014, up 7.5 per cent from 2013.

If the current growth rate continues, then Dubai is expected to emerge as one of the top three global cities on the index, MasterCard added.

“This continued growth of travel across borders reflects a continued interest and desire for new cultural experiences from all geographies, including consumers from emerging markets who now have the financial ability to pursue these opportunities.”

The emirate also ranked as the fourth air hub in the world by international connectivity, representing a growth of 44.6 per cent in the last five years. It was the only Middle East city to be on the top 10 air hubs list, MasterCard said.

International visitors accounted for 62 per cent of total arrivals in Dubai, with the top origin cities for visitors being London, Riyadh, Kuwait, Jeddah and Paris.

Dubai is aiming to attract around 20 million visitors by 2020 as part of its tourism strategy while the emirate is expected to receive an additional five million tourists through the Expo 2020 exhibition that year.

According to Dubai’s Department of Tourism and Commerce Marketing (DTCM), around 11 million guests stayed in Dubai hotel in 2013 compared to 9.9 million in 2012.

Experts have also said that the number of annual tourists to Dubai is growing at the rate of 10 per cent, which is higher than the required rate of eight per cent to reach the 20 million target by 2020.

Among other destinations in the UAE, Abu Dhabi registered the strongest visitor growth rate in the Middle East and Africa region. The capital also ranked fifth in terms of international overnight spend, the study said.

The UAE’s travel and tourism market is expected to grow at an annual rate of 4.1 per cent and create around 245,000 jobs directly by 2023, according to research by the Dubai Chamber of Commerce and Industry.

Capital investment in the sector is predicted to rise annually by an average of 4.5 per cent to reach Dhs143.4 million by 2023.

Last year, the UAE ranked 28th among 139 countries in the 2013 Travel and Tourism Competitiveness report, issued by the World Economic Forum.