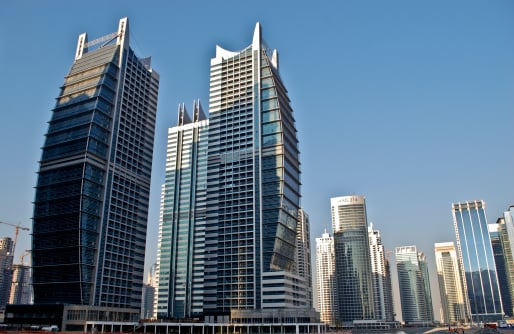 Dubai has been ranked 23rd among the top 50 most expensive office markets in the world, according to a CBRE report.

The occupancy costs in the emirate stand at $92.56 per square ft. per annum, which is significantly cheaper than London, which topped the list as the world’s most expensive office market.

“They are primarily driven by the prospects of favourable economic conditions, stable political environment, a truly world class infrastructure and a reinvigorated property market. With Dubai winning the rights to host the World Expo in 2020, real estate, hospitality, transport and infrastructure will all see substantial new development over the next seven years.”

The demand for office space in Dubai has been rising, leading to seven per cent quarter-to quarter growth in rents this year, according to a previous CBRE report.

Rental growth was seen across all the key sub-markets in Dubai with corporate occupiers seeking out established office locations, the report said.

“As new supply has been delivered, demand for offices in many ageing properties has waned, driven by the widespread migration of tenants towards better quality assets,” said Mat Green, head of research & consultancy UAE, CBRE Middle East.

He said that this trend has led to a growing divergence in performance between the top and bottom of the rental market.

“Despite the high headline vacancy rate across the market as a whole, the availability of good quality office accommodation over contiguous floors is somewhat limited,” said Green.

“This is likely to lead to further rises in rental values over the next 12 months as landlords seek to achieve premiums on remaining space spaces as occupancy levels near capacity. For now this trend will remain largely building specific, with premium products in the more attractive office locations garnering the majority of occupier interest.”

Globally London’s West End was the most expensive office market followed by Hong Kong Central. Asian countries continued to dominate the list of the world’s priciest markets, accounting for four of the top five markets.

“The growth of occupancy costs for prime office space in the past year underscores that even in a slowly recovering economy, demand for the best space in the best locations continues to be strong,” said Dr. Raymond Torto, global chairman, CBRE research.