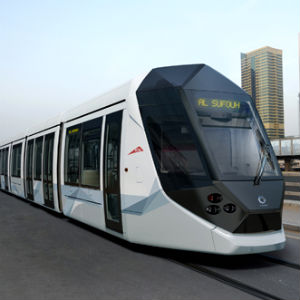 Dubai’s department of finance raised $675 million from a dual-currency loan to complete the first phase of the Al-Sufouh tram project in the emirate, the media office of the Dubai government said in a statement on Wednesday. The first phase of the project includes the construction of a 10km-long track starting from Dubai Marina and running up to Knowledge Village.

The facility comprises a 13-year $401 million loan which will amortize over 10 years starting 2015, and is guaranteed by the official government export credit agencies of Belgium (ONDD) and France (COFACE).

The second portion of the transaction is a six-year $274 million Islamic Ijara facility, split equally in dollars and dirhams, and amortizing over three years, also starting 2015.

“We have seen a very encouraging response to this financing,” the statement quoted Abdulrahman Al-Saleh, director general of the Dubai Department of Finance as saying.

He also said that that the Dubai Government was also examining ways to optimize its funding strategy.

“Through export credit agencies financing (ECA), we have been able to achieve long-term financing at competitive rates while continuing to efficiently manage the Emirate’s finances,” he added.

Citibank, Deutsche Bank, and HSBC were mandated as the lead arrangers and underwriters for the financing, the statement said.