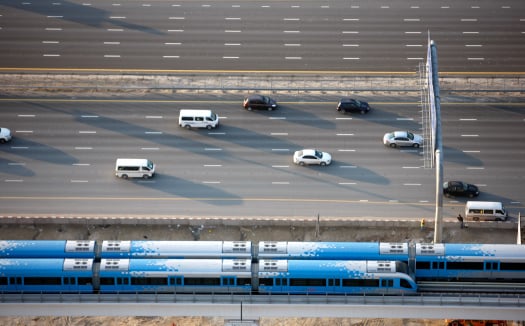 The government of Dubai is expected to raise the money needed to extend the city’s metro with an initial loan of roughly $500m that will later be followed by loans guaranteed by export credit agencies (ECAs), banking sources familiar with the matter said on Monday.

The department of finance will approach banks over the next couple of weeks requesting a loan with a maturity of five years, half the duration of the loan package which the government had previously discussed with lenders and ECAs, said the sources.

When the government contacted banks on the financing of the metro extension last year, it asked for $2.8bn of funding, which would have included ECA-backed loans with 18-year tenors and a 10-year commercial loan.

Under the government’s initial request, the commercial portion of the debt package would have had an interest rate margin of no more than 200 basis points over London interbank offered rates, with banks’ up-front fees capped at 50 bps, commitment fees at 40 bps and underwriting fees at 25 bps.

The five-year loan which the government is now expected to propose is likely to have an interest margin of up to 200 bps over Libor, the sources said, speaking on condition of anonymity because the discussions with the government are private.

One source said commercial banks felt more comfortable with a five- rather than 10-year loan and would be prepared to lend Dubai more money as time went on.

The loan proceeds would be used to start the 15 kilometre extension of the Dubai metro to the site of the World Expo, which Dubai will host in 2020.

The government ultimately plans to invest roughly $35bn in the Al Maktoum International expansion, transforming the facility into Dubai’s primary airport with an annual capacity of 146 million passengers by 2025.