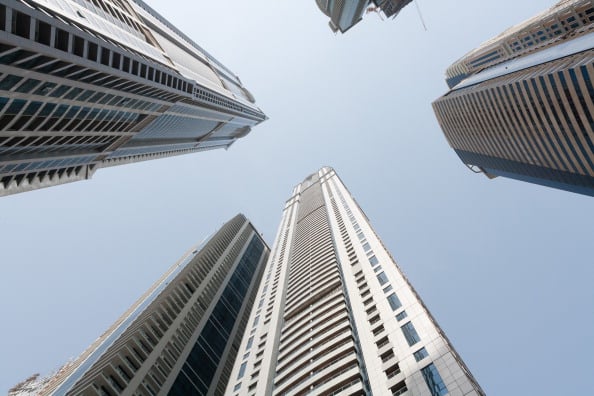 That’s the findings of a report by Jones Lang LaSalle (JLL), the real estate investment firm, which says investors in the region are seeking to “rebalance their investment portfolios.”

“It is noteworthy to see this increasingly strategic route being taken by MENA investors as this is a shift from ‘high capital growth focused land ownership approach’ that has historically prevailed,” said Gaurav Shivpuri, head of MENA Capital Markets at Jones Lang LaSalle.

“The survey also indicates that investors are willing to pay more for well-located assets with good security of income, as compared to last year.”

The report indicates, unsurprisingly, that Dubai is the most preferred investment market in the region due to its high number of investment friendly demand drivers.

The emirate has the highest number of investment grade properties in the region and is competitive regionally, boasting a developed infrastructure, market transparency and a stable political situation.

The report also found that the MENA real estate market continues to be dominated by private individuals and family groups rather than the large ‘institutional’ investors that dominate more mature western markets.

The findings suggest investors are still relatively cautious and have not forgotten the pitfalls that resulted in the property collapse of 2008.

Investors are reluctant to invest large amounts of equity in single deals and are wary of incurring excessive debt. This is resulting in fewer investors chasing large deals with most preferring relatively small lot sizes.

As ever location remains the most important and influential factor for investors, but sustainability still remains a new and unknown concept for Middle East investors, with most not willing to pay more for sustainable buildings.