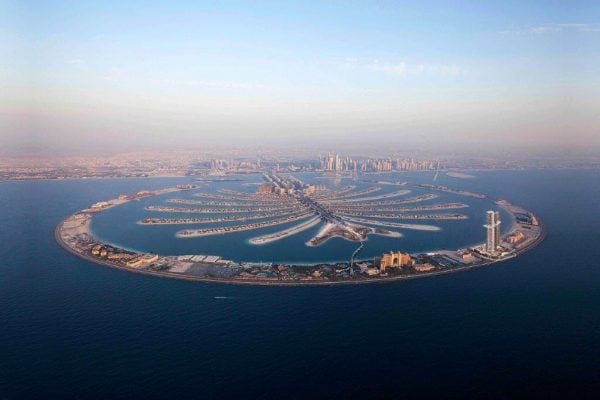 Dubai residential property prices and rents are expected to continue their decline this year amid a surge in demand for off-plan units, according to Chestertons MENA.

The company said there was a 60 per cent increase in off-plan real estate transactions last year compared to 2016 with a steep rise in volume and value in the second half.

Property firm ValuStrat warned last year that a rise in off-plan property could be delaying a market recovery in the emirate with the segment accounting for 73 per cent of sales in the third quarter.

Rents and prices for completed apartments and villas in the emirate continued to decline last year due in part to economic uncertainty, despite an increase in transactions by value and volume.

Read: Revealed: Where Dubai property rents, prices fell the most in 2017

Chestertons said there was a 3 per cent drop in rents for both property types from the third to the fourth quarter thanks in part to the introduction of new stock from delayed 2015 and 2016 projects.

Rents for studios and one-beds across all communities fell 2 per cent from Q3 to Q4 with Dubai Sports city seeing the steepest decline of 7 per cent compared to no change in Jumeirah Village Circle.

For villas, Arabian Ranches saw a 9 per cent decline in rents during the same period while rates were unchanged in Jumeirah Islands and increased 1 per cent in The Springs.

“The softening of rents is expected to continue during 2018 as tenants’ pressure landlords to offer more preferential leasing terms,” said Ivana Gazivoda Vucinic, head of consulting and valuations and advisory operations at Chestertons MENA.

“Additionally, other factors such as new stock entering the upper and mid-prime residential segments, coupled with the flat economic sentiment, will also exert downward pressure on Dubai’s rents.”

Overall sales prices for apartments and villas were down 2 per cent and 6 per cent respectively in Q4 compared to Q3 as softening demand combined with excessive supply brought a further market correction. However, thee volume of ready units transacted increased 2,839 quarter-on-quarter.

The highest price drop for apartments was seen in The Greens, where there was a 12 per cent decline, while prices remained stable in Dubai Sports City, The Views and Jumeirah Village Circle.

Prices were down across all villa communities from quarter to quarter except The Springs.

“Dubai’s residential prices and rents are projected to face further correction in 2018. Buyers can expect more incentives from developers for off plan projects due to the increased competition and greater affordability of the ready units. Additionally, short-term demand is expected to be buoyed as Expo 2020 draws closer,” added Vucinic.