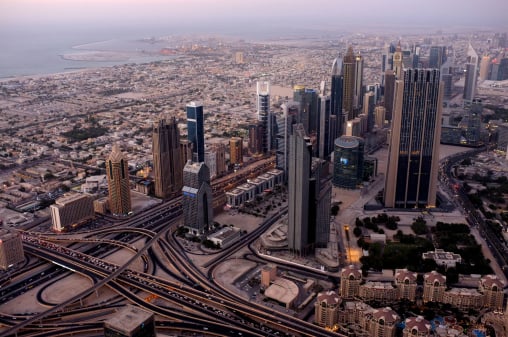 Dubai’s property watchdog, Real Estate Regulatory Authority (RERA), has slapped a fine of Dhs50,000 on agents who were found to have breached industry regulations.

“Fines of Dhs 50,000 were imposed against three offices after they were found to be repeating practices they had been previously warned about and which breached RERA regulations,” said Yousif Al Hashimi, deputy CEO of RERA.

“Such infractions included the offices using brokers who were not registered with RERA and not supplying brokers’ names and other compulsory information in real estate transactions and correspondence.”

RERA has also issued an official notice to all registered property brokers in Dubai warning them to refrain from cold calling owners who have no plans to sell their properties.

The regulatory body said that it decided to take action after it received a rise in complaints about such calls with telemarketers apparently trying new ways to get around the existing rules that ban the practice.”

“It was brought to the organisation’s attention that some real estate brokers are claiming a tenuous connection with owners during such calls in an attempt to legitimise their enquiries about their property,” RERA said in a statement.

The real estate watchdog reminded the brokers that unsolicited calls of any nature were against RERA’s regulations.

It stipulated that brokers were not allowed to cause inconvenience to property owners through such unprofessional tactics and warned them of sanctions if they continued the practice.

“We investigated this issue through the Real Estate Inspection Department and after looking at the complaints in detail, sent a further warning letter to 20 real estate offices in Dubai,” said Al Hashimy.

“This action was taken because the offices in question were clearly violating the instructions issued by RERA, especially in systems relating to the marketing of services and the non-renewal of brokers’ cards, which are a mandatory requirement for their activities.”

However, the regulator did not specify the penalties for cold callers.

Dubai’s property prices, which fell by almost 60 per cent in 2009, rebounded strongly in 2013. The emirate’s authorities have also taken a number of steps which include a higher property transaction fee and a mortgage cap to cool the heating property market.