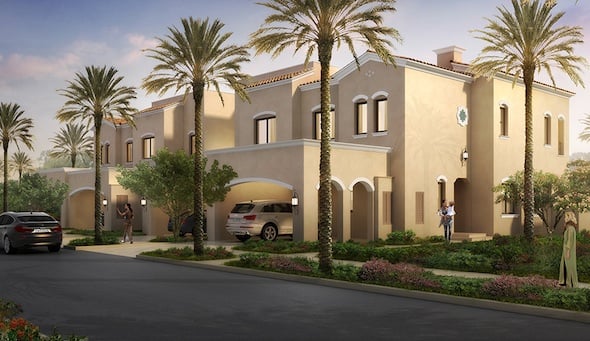 Dubai Properties announced that the first phase sales launch within its recently unveiled mega project Serena sold out “within a few hours”.

Units within the Spanish Mediterranean-themed Bella Casa development, targeting the affordable segment, were launched to strong response on Saturday, DP said in a statement. People reportedly waited in long queues to buy the properties.

In terms of financing, the company offered a flexible three-year payment plan and easy installments, it said.

It is anticipated to be complete by the third quarter of 2019.

Executive director of Sales and Sales Operations Marwan Al Kindi said: “The astounding response to the launch of Serena is an indication of a positive and healthy real market in the UAE and another testament to the robust demand on the affordable housing segment in the country.

“[This] encourages us to continue to release additional units in the coming days,” he added.

Launched last week, Serena is a 8.2 million square feet master-development in Dubailand which will be built across five phases.

A plaza in the centre of the community will offer retail options with the overall project leasing space spread across approximately 100,000 sq ft.

The new launch comes even as Dubai’s residential property market continues to witness a slowdown. Average sales prices fell between 11 to 13 per cent last year, according to data from JLL and REIDIN.

The number of residential units sold also declined by around 30 per cent year-on-year during the first 11 months of 2015, statistics from Dubai Land Department showed.

However experts have predicted a recovery in the market by 2017. The market is also seeing several new launches with developer Damac also unveiling a 4 million sq ft six-tower project last week.