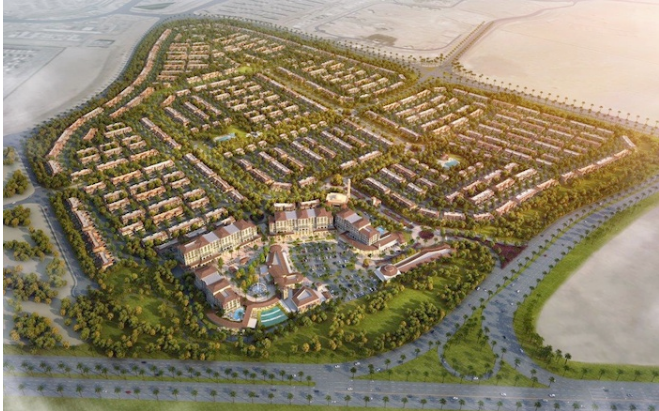 It will be developed in five phases, with the first phase anticipated to be completed by Q4 2018, DPG said in a statement.

A plaza in the centre of the community will offer retail options with the overall project leasing space spread across approximately 100,000 sq ft.

No details were disclosed about the overall value of the project and the price range of the housing units.

The developer said the official sales launch and pre-registration will soon be open to the public.

DPG’s group chief executive officer of Abdullatif AlMulla said: “Dubai Properties is helping lead the resurgence of Dubai’s real estate market through the smart and strategic development of iconic mixed-use destinations, as we anticipate and deliver on the rapidly changing and diversifying Dubai.

“We believe that everybody should have access to good quality affordable housing that meets their needs.”

Dubai’s residential property market slowed in the last year with average sales prices down between 11 to 13 per cent according to data from JLL and REIDIN.

The number of residential units sold also declined by around 30 per cent by the end of November 2015 compared to the same period in 2014, statistics from Dubai Land Department showed.

However experts have predicted a recovery in the market by 2017. The market is also seeing several new launches with developer Damac also unveiling a 4 million sq ft six-tower project on Sunday.