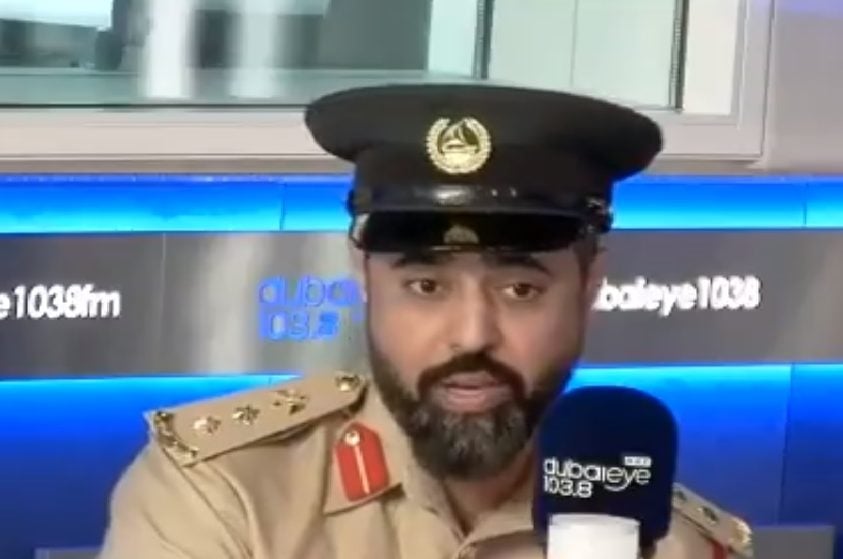 A Dubai Police official has chastised “reckless” residents who were found flouting and disregarding the country’s stay-at-home directives.

In a radio interview with Dubai Eye 103.8, Colonel Saeed Al Hajeri, director of the police force’s cyber crime division, vowed to publish the photos of the offenders without blurring them.

“We’ve seen many people who are not responsible, they don’t follow the humble request from the government and the media to stay at home. These reckless people are not only not following orders, they also set examples for others to follow their steps,” the director added.

He noted that the government has invested huge amounts in the healthcare infrastructure, seemingly to help curb the spread of the Covid-19 contagion.

“That is why the leadership decided to take the next level and to publish their photos without blurring them in the media starting this week,” the police officer added.

“This will have serious implications on their future life, they might not get hired for jobs because they are irresponsible,” he further noted.

“People think that it is a [kind of] sense of humour to send some jokes, however this can lead to a snowball effect. It can lead to other people to follow their steps and disrespect the authorities, instructions or the law enforcements.”

“Punishments and fines can go up to Dhs50,000 if some people didn’t obey home quarantine.”

He further dispelled myths about outdoor exercises being permitted during the stay-at-home campaign period.

“Outdoor exercise ISN’T allowed. Be creative; try to come up with home fitness, and there are many resources you can find online,” he added.

Dubai extended its sterilisation programme to 24 hours a day, effective April 4 onwards, for a period of two weeks, placing further restrictions on the movement of people and vehicles.

Since the outbreak, the UAE has reported 2,359 Covid-19 infections and 12 deaths.

Digital Economy: UAE consumers to pivot away from cash – report